Under the "Total Force" concept, North Carolina Air National Guard units are considered to be Air Reserve Components (ARC) of the United States Air Force (USAF). North Carolina ANG units are trained and equipped by the Air Force and are operationally gained by a Major Command of the USAF if federalized. In addition, the North Carolina Air National Guard forces are assigned to Air Expeditionary Forces and are subject to deployment tasking orders along with their active duty and Air Force Reserve counterparts in their assigned cycle deployment window.

Along with their federal reserve obligations, as state militia units the elements of the North Carolina ANG are subject to being activated by order of the Governor to provide protection of life and property, and preserve peace, order and public safety. State missions include disaster relief in times of earthquakes, hurricanes, floods and forest fires, search and rescue, protection of vital public services, and support to civil defense. 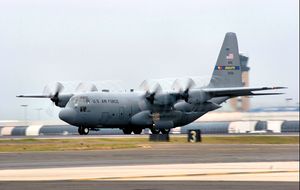 156th Airlift Squadron Lockheed C-130H Hercules 93-1458. The 156th is the oldest unit in the North Carolina Air National Guard, with over 60 years of service.

In 1950 the 156th was re-equipped with former World War II F-51 Mustangs, now designated RF-51D which had been used in the United States in a training role. Te squadron became part of Tactical Air Command (TAC) as a Tactical Reconnaissance Squadron. The 156th Fighter Squadron was federalized due to the Korean War on 10 October 1950. During its federalization period, the 157th was deployed to Toul-Rosières Air Base, departing for Europe in January 1952. On 9 July 1952 the activated North Carolina Air National Guard was released from active duty and returned to state control.

After the September 11th, 2001 terrorist attacks on the United States, elements of every Air National Guard unit in North Carolina has been activated in support of the Global War on Terrorism. Flight crews, aircraft maintenance personnel, communications technicians, air controllers and air security personnel were engaged in Operation Noble Eagle air defense overflights of major United States cities. Also, North Carolina ANG units have been deployed overseas as part of Operation Enduring Freedom in Afghanistan and Operation Iraqi Freedom in Iraq as well as other locations as directed. 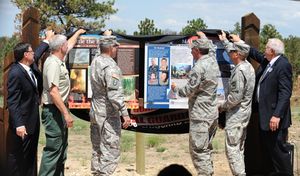 Honoring the airmen of the North Carolina Air National Guard C-130 aircraft that crashed on July 1, 2012, while fighting the White Draw Fire