The Northwest League (or the Northwestern League) has existed in various forms since 1890, and has been in its current incarnation since 1955.[1] The current NWL is the descendant of the Western International League (WIL), a Class B league from 1937 to 1951 (with a stoppage during World War II) and Class A from 1952 to 1954. The league reformed as the Northwest League and dropped to Class B for the 1955 season.[2][3] The WIL had ten teams in its final season, with four in Canada.

In 1955, the Northwest League was formed, with seven charter teams: Salem Senators, Eugene Emeralds, Yakima Bears, Spokane Indians, Tri-City Braves, Wenatchee Chiefs, and Lewiston Broncs.[4][5] The Northwest League switched to the short season schedule in 1966. Between 1966 and 1982 the league fluctuated between four, six, and eight clubs. In 1983 the league returned to an eight team circuit, which it maintained through the 2019 season.

The start of the 2020 season was postponed due to the COVID-19 pandemic in North America before ultimately being cancelled on June 30.[6][7] On February 12, 2021 it was announced that as part of the restructuring of Minor League Baseball the Northwest League would cease operations. Six of the former Northwest League teams that were offered affiliation licenses would be member of the newly formed High-A West. The Boise Hawks and Salem-Keizer Volcanoes were not offered places in that league. [8] 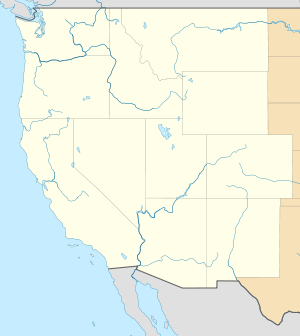 League champions have been determined by different means since the Northwest League's formation in 1955. Except for 1956, 1960, and from 1966 to 1973, all seasons have ended with playoffs to determine a league champion.[10]

The Spokane Indians and Yakima Bears have each won 8 championships, the most among all teams in the league, followed by the Boise Hawks and Eugene Emeralds (6).[10]

Cities that have hosted NWL teams

Eugene is the most-tenured city in the NWL, having fielded a team in all but five of the NWL's seasons (from 1969–73, they had a PCL franchise).

Eight alumni of the Northwest League are enshrined in the Baseball Hall of Fame: