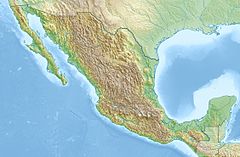 The OHL Classic at Mayakoba is a PGA Tour golf tournament which was played for the first time in the week of February 19–25, 2007. It is the first PGA Tour event to be played in Mexico this century.

The event was not part of the 2013 season, but was moved to November 2013 to be part of the 2013–14 season as a primary event in the early part of the season, which started in the month of October for the first time.[3] The new schedule was also the first where the winner of the Mayakoba earned full FedEx Cup points and a Masters invitation. The 2014 event was also played in November and was part of the 2014–15 season.