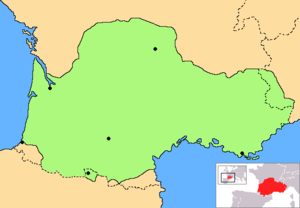 File:Carta Occitania.pdf Occitania (Occitan: Occitània, IPA: [uksiˈtanjɔ], [ukʃiˈtanjɔ], [usiˈtanjɔ], [uksiˈtanja] or [utsiˈtanjɔ]),[1][2] also sometimes lo País d'Òc, "the Oc Country"), is the historical region in southern Europe where Occitan was historically the main language spoken, and where it is sometimes still used, for the most part as a second language. This cultural area roughly encompasses the southern half of France, as well as Monaco and smaller parts of Italy (Occitan Valleys, Guardia Piemontese) and Spain (Aran Valley). Occitania has been recognized as a linguistic and cultural concept since the Middle Ages, but has never been a legal nor a political entity under this name, although the territory was united in Roman times as the Seven Provinces (Latin: Septem Provinciæ[3]) and in the early Middle Ages (Aquitanica or the Visigothic Kingdom of Toulouse[4]) before the French conquest started in the early 13th century. 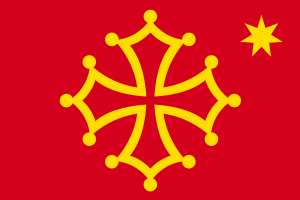 A version of the flag frequently used by Occitan activists

Currently about a half million people out of 16 million in the area have a proficient knowledge of Occitan,[5] although the languages more usually spoken in the area are French, Italian, Catalan and Spanish. Since 2006, the Occitan language has been an official language of Catalonia, which includes the Aran Valley where Occitan gained official status in 1990.

Under later Roman rule (after 355), most of Occitania was known as Aquitania,[6] itself part of the Seven Provinces within a wider Provincia Romana (modern Provence), while the northern provinces of what is now France were called Gallia (Gaul). Gallia Aquitania (or Aquitanica) is thus also a name used since medieval times for Occitania (i.e. Limousin, Auvergne, Languedoc and Gascony), including Provence as well in the early 6th century. Thus the historic Duchy of Aquitaine must not be confused with the modern French region called Aquitaine: this is the main reason why the term Occitania was revived in the mid-19th century. The names "Occitania"[7] and "Occitan language" (Occitana lingua) appeared in Latin texts from as early as 1242–1254[8] to 1290[9] and during the following years of the early 14th century; texts exist in which the area is referred to indirectly as "the country of the Occitan language" (Patria Linguae Occitanae). This derives from the name Lenga d'òc that was used in Italian (Lingua d'òc) by Dante in the late 13th century. The somewhat uncommon ending of the term Occitania is most probably a portmanteau French clerks coined from òc [ɔk] and Aquitània [ɑkiˈtanjɑ], thus blending the language and the land in just one concept.[10] Occitan and Lenga d'òc both refer to the centuries-old set of Romance dialects that use òc for "yes".

Gordes, a typical Provençal village, named by CNN the most beautiful village of the world.[11]

View from a part of the old town of Toulouse, former capital of Languedoc.

Occitan or langue d'oc (lenga d'òc) is a Latin-based Romance language in the same way as Spanish, Italian or French. There are six main regional varieties, with easy intercomprehension among them: Provençal (including Niçard spoken in the vicinity of Nice), Vivaroalpenc, Auvernhat, Lemosin, Gascon (including Bearnés spoken in Béarn) and Lengadocian. All these varieties of the Occitan language are written and valid. Standard Occitan is a synthesis which respects soft regional adaptations. See also Northern Occitan and Southern Occitan.

Catalan is a language very similar to Occitan and there are quite strong historical and cultural links between Occitania and Catalonia.

Written texts in Occitan appeared in the 10th century: it was used at once in legal then literary, scientific or religious texts. The spoken dialects of Occitan are centuries older and appeared as soon as the 8th century, at least, revealed in toponyms or in Occitanized words left in Latin manuscripts, for instance. 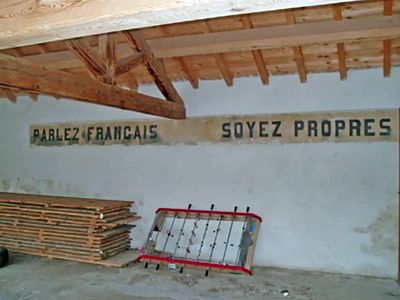 Occitania was often politically united during the Early Middle Ages, under the Visigothic Kingdom and several Merovingian and Carolingian sovereigns. In Thionville, nine years before he died (805), Charlemagne vowed that his empire be partitioned into three autonomous territories according to nationalities and mother tongues: along with the Franco-German and Italian ones, was roughly what is now modern Occitania from the reunion of a broader Provence and Aquitaine.[12] But things did not go according to plan and at the division of the Frankish Empire (9th century), Occitania was split into different counties, duchies and kingdoms, bishops and abbots, self-governing communes of its walled cities. Since then the country was never politically united again, though Occitania was united by a common culture which used to cross easily the political, constantly moving boundaries. Occitania suffered a tangle of varying loyalties to nominal sovereigns: from the 9th to the 13th centuries, the dukes of Aquitaine, the counts of Foix, the counts of Toulouse and the Counts of Barcelona rivalled in their attempts at controlling the various pays of Occitania.

Occitan literature was glorious and flourishing at that time: in the 12th and 13th centuries, the troubadours invented courtly love (fin'amor) and the Lenga d'Òc spread throughout all European cultivated circles. Actually, the terms Lenga d'Òc, Occitan, and Occitania appeared at the end of the 13th century.

But from the 13th to the 17th centuries, the French kings gradually conquered Occitania, sometimes by war and slaughtering the population, sometimes by annexation with subtle political intrigue. From the end of the 15th century, the nobility and bourgeoisie started learning French while the people stuck to Occitan (this process began from the 13th century in two northernmost regions, northern Limousin and Bourbonnais). In 1539, Francis I issued the Ordinance of Villers-Cotterêts that imposed the use of French in administration. But despite measures such as this, a strong feeling of national identity against the French occupiers remained and Jean Racine wrote on a trip to Uzès in 1662: "What they call France here is the land beyond the Loire, which to them is a foreign country."[13]

In 1789, the revolutionary committees tried to re-establish the autonomy of the "Midi" regions: they used the Occitan language, but the Jacobin power neutralized them.

The 19th century witnessed a strong revival of the Occitan literature and the writer Frédéric Mistral was awarded the Nobel Prize in Literature in 1904.

But from 1881 onwards, children who spoke Occitan at school were punished in accordance with minister Jules Ferry's recommendations. That led to a deprecation of the language known as la vergonha (the shaming): the whole fourteen million inhabitants of the area spoke Occitan in 1914,[14] but French gained the upper hand during the 20th century. The situation got worse with the media excluding the use of the langue d'oc. In spite of that decline, the Occitan language is still alive and gaining fresh impetus. 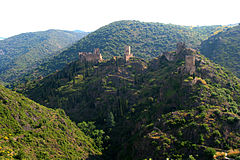 One of the many cathar castles, symbol of the Albigensian Crusade.

Although not really a colony in a modern sense, there was an enclave in the County of Tripoli. Raymond IV of Toulouse founded it in 1102 during the Crusades north of Jerusalem. Most people of this county came from Occitania and Italy and so the Occitan language was spoken. 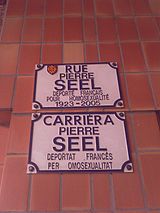 There are 14 to 16 million inhabitants in Occitania today. According to the 1999 census, there are 610,000 native speakers and another million persons with some exposure to the language. Native speakers of Occitan are to be found mostly in the older generations. The Institut d'Estudis Occitans (IEO) has been modernizing the Occitan language since 1945, and the Conselh de la Lenga Occitana (CLO) since 1996. Nowadays Occitan is used in the most modern musical and literary styles such as rock 'n roll, folk rock (Lou Dalfin), rap (Fabulous Trobadors), reggae (Massilia Sound System) and heavy metal, detective stories or science-fiction. It is represented on the internet. Association schools (Calandretas) teach children in Occitan.

Major demonstrations in Carcassonne (2005 and 2009) and Béziers (2007) and the week-long Estivada festivals in Rodez (2006–2010) suggest that there is a revival of Occitan language and culture. However, in France, Occitan is still not recognized as an official language, as the status of French has been constitutionally protected since 1992, and Occitan activists want the French government to adopt Occitan as the second official language for seven regions representing the South of France.[citation needed]

A Santon, a traditional wooden Christmas figurine from Provence.

The Occitanian gastronomy or occitan cuisine is considered as Mediterranean but has some specific features that separate it from the Catalan cuisine or Italian cuisine. Indeed, because of the size of Occitania and the great diversity of landscapes- from the mountaineering of the Pyrenees and the Alps, rivers and lakes, and finally the Mediterranean and Atlantic coast – it can be considered as a highly varied cuisine. Compared to other Mediterranean cuisines, we could note the using of basic elements and flavors, among them meat, fish and vegetables, moreover the frequent using of the olive oil; although also compound of elements from the Atlantic coast cuisine, with cheeses, pastes, creams, butters and more calorically food. Among well-renowned meals common on the Mediterranean coast includes ratatolha (the equivalent of Catalan samfaina), alhòli, bolhabaissa (similar to Italian Brodetto alla Vastese), pan golçat (bread with olive oil) likewise salads with mainly olives, rice, corn and wine. Another significant aspect that changes compared to its Mediterranean neighbors is the abundant amount of aromatic herbs; some of them are typically Mediterranean, like parsley, rosemary, thyme, oregano or again basil.

This is a non-exhaustive list of fellow French people who were born in the Occitania historical territory (although it is difficult to know the exact boundaries). Please take note that this article "Notable people from Occitania", is compound for a large-part of personalities from the historical region of Occitania and who own an Occitan patronym but belong for the majority of them to the French historical heritage, mostly due to their mother-tongue French. 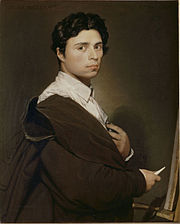 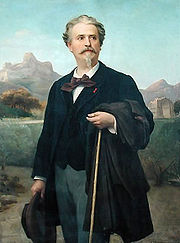 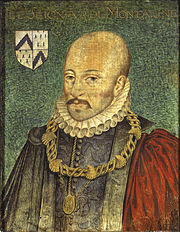 Montaigne, prominent thinker of the Renaissance. 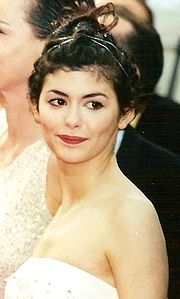 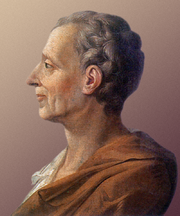 Montesquieu, a major figure of the Enlightenment. 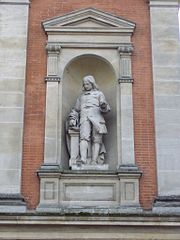 Pierre de Fermat, considered as one of the greatest French mathematician of the Renaissance, who is given the Fermat's Last Theorem.

Men of war and explorers