The offertory (from Medieval Latin offertorium and Late Latin offerre)[1] is the part of a Eucharistic service when the bread and wine for use in the service are ceremonially placed on the altar.

A collection of alms from the congregation, such as may take place also at non-Eucharistic services, often coincides with this ceremony.

The Eucharistic theology may vary among those Christian denominations that have a liturgical offertory.

In the Roman Rite, the term "preparation of the gifts" is used in addition to the term "offertory".[2]

In the Roman Rite, the offertory is the first part of the Liturgy of the Eucharist. The altar is first prepared by placing on it the corporal, purificator, missal and chalice. The bread and wine, and perhaps other offerings or gifts for the poor or for the Church, are presented by the faithful in a procession to the accompaniment of an offertory chant. The priest places first the bread and then the wine on the altar while saying the prescribed prayers, after which he may incense them together with the cross and the altar. The priest and the people may also be incensed. After washing his hands at the side of the altar, the priest says the Prayer over the Offerings.[2] This was originally the only prayer said at the offertory of the Roman Rite.[3]

There are variations in other rites. For instance, in the Dominican Rite a single prayer is said at the offertory over the bread and wine, which were already been prepared on the altar at an earlier part of the Mass.[4]

In the Byzantine Rite, there is a short offertory at the same point as in the Roman Rite. A more elaborate ceremonial, the Liturgy of Preparation, takes place before the public part of the celebration of the Divine Liturgy.[3]

In the Roman Rite, the procession bringing the gifts is accompanied by the Offertory Chant, and singing may accompany the offertory even if there is no procession.[5] Before 1970, the priest said the Prayer over the Offerings silently because during the offertory the people, at an earlier time, sang a psalm or, in responsorial fashion, repeated a refrain while a soloist sang the verses of the psalm.[3] In the Tridentine Mass, only the choir sang the refrain alone to an elaborate setting. The priest read the refrain at the beginning of the offertory not only at a Low Mass, which was without singing, but also at a Solemn Mass.

The 1662 Book of Common Prayer of the Church of England includes "offertory sentences" that are to be read at this point. Current practice in Anglican churches favours the singing of a congregational hymn (the "offertory hymn") or an anthem sung by the choir, and often both. In some churches music at the offertory is provided by an organist. 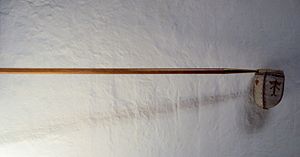 During the offertory or immediately before it, a collection of money or other gifts for the poor or for the Church is taken up. In the Roman Catholic Mass, while these may be brought forward together with the bread and wine, they are not to be placed on the altar.[5]

A collection plate is often used near the end of some Protestant worship services, rather than at the offertory, to gather the gifts of the faithful for the support of the church and for charity.