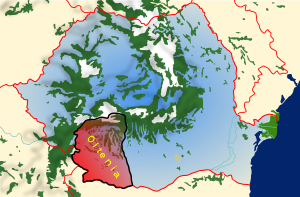 Map of Romania with Oltenia highlighted

Oltenia (Romanian pronunciation: [olˈteni.a], also called Lesser Wallachia in antiquated versions, with the alternate Latin names Wallachia Minor, Wallachia Alutana, Wallachia Caesarea between 1718 and 1739) is a historical province and geographical region of Romania in western Wallachia. It is situated between the Danube, the Southern Carpathians and the Olt river. 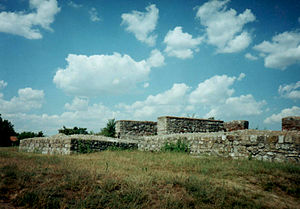 Initially inhabited by Dacians, Oltenia was incorporated in the Roman Empire (106, at the end of the Dacian Wars; see Roman Dacia). In 129, during Hadrian's rule, it formed Dacia Inferior, one of the two divisions of the province (together with Dacia Superior, in today's Transylvania); Marcus Aurelius' administrative reform made Oltenia one of the three new divisions (tres Daciae) as Dacia Malvensis, its capital and chief city being named Romula. It was colonized with veterans of the Roman legions. The Romans withdrew their administration south of the Danube at the end of the 3rd century and Oltenia was ruled by the foederati Germanic Goths. In the late 4th century Oltenia came under the rule of the Taifals before invasion by the Huns. 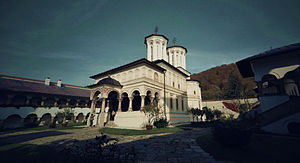 From 681, with some interruptions, it was part of the Bulgarian Empire (see Bulgarian lands across the Danube). 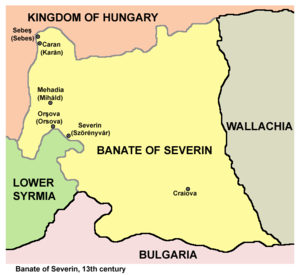 In 1233, the Kingdom of Hungary formed the Banat of Severin in the eastern part of the region that would persist until the 1526 Battle of Mohács.

Around 1247 a polity emerged in Oltenia under the rule of Litovoi. The rise of the mediaeval state of Wallachia followed in the 14th century, and the voivode (Prince of Wallachia) was represented in Oltenia by a ban - "the Great Ban of Craiova" (with seat in Craiova after it was moved from Strehaia). This came to be considered the greatest office in Wallachian hierarchy, and one that was held most by members of the Craiovești family, from the late 15th century to about 1550. The title would continue to exist up until 1831.

During the 15th century, Wallachia had to accept the Ottoman suzerainty and to pay an annual tribute to keep its autonomy as a vassal. From the Craiovești family, many bans cooperated with the Turks. However, many rulers, including the Oltenian-born Michael the Brave, fought against the Ottomans, giving Wallachia brief periods of independence.

After 1716, the Ottomans decided to cease choosing the voivodes from among the Wallachian boyars, and to appoint foreign governors. As the governors were Orthodox Greeks living in Phanar, Constantinople, his period is known as the Phanariote regime.

Two years later, in 1718 under the terms of the Treaty of Passarowitz, Oltenia was split from Wallachia and annexed by the Habsburg Monarchy (de facto, it was under Austrian occupation by 1716); in 1737, it was returned to Wallachia under Prince Constantine Mavrocordatos (see Austro-Turkish War of 1716–1718 and Austro-Russian–Turkish War (1735–1739)). Under the occupation, Oltenia was the only part of the Danubian Principalities (with the later exception of Bukovina) to experience Enlightened absolutism and Austrian administration, although these were met by considerable and mounting opposition from conservative boyars. While welcomed at first as liberators, the Austrians quickly disenchanted the inhabitants by imposing rigid administrative, fiscal, judicial and political reforms which were meant to centralize and integrate the territory (antagonizing both ends of the social spectrum: withdrawing privileges from the nobility and enforcing taxes for peasants).

In 1761, the residence of Bans was moved to Bucharest, in a move towards centralism (a kaymakam represented the boyars in Craiova). It remained there until the death of the last Ban, Barbu Văcărescu, in 1832.

In 1821, Oltenia and Gorj County were at the center of Tudor Vladimirescu's uprising (see Wallachian uprising of 1821). Vladimirescu initially gathered his Pandurs in Padeș and relied on a grid of fortified monasteries such as Tismana and Strehaia.

The traditional heraldic symbol of Oltenia, also understood as representing Banat, is nowadays present in the coat of arms of Romania (lower dexter): on gules field, an or lion rampant, facing dexter, holding a sword, and standing over an or bridge (Apolodor of Damascus Bridge at Drobeta Turnu Severin) and stylised waves. 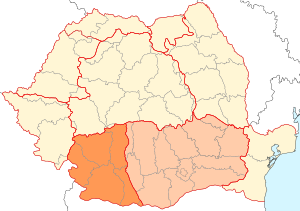 The counties comprised by Oltenia 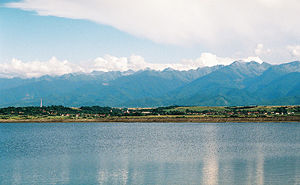 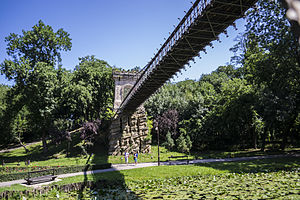 and parts of the counties:

Nowadays, Oltenia's main city and its seat for a long period of the late Middle Ages is Craiova. The first medieval seat of Oltenia was Turnu Severin of Banat of Severin, the ancient Drobeta, near the former Roman bridge, built by Apollodorus of Damascus for Emperor Trajan conquest purposes.