Royal Order of Victoria and Albert

From Infogalactic: the planetary knowledge core
(Redirected from Order of Victoria and Albert)
Jump to: navigation, search 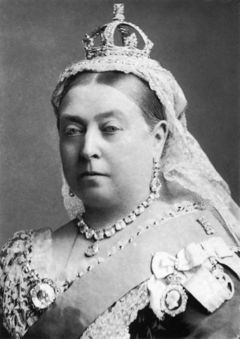 Portrait of Queen Victoria at her Golden Jubilee, wearing the Sovereign's badge of the Order. 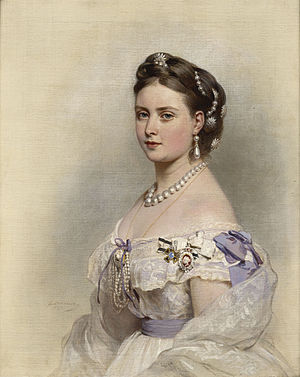 The German Empress Victoria wearing the Order, along with the Prussian Luise Order (also an order only for women)

The order had four classes and was only granted to female members of the British Royal Family and female courtiers. For the first three classes, the badge consisted of a medallion of Queen Victoria and Albert, The Prince Consort, differing in the width and jewelling of the border as the classes descend, whilst the fourth substitutes a jewelled cipher. All four were surmounted by a crown, which was attached to a bow of white silk moiré ribbon. The honour conferred no rank or title upon the recipient, but recipients were entitled to use the post-nominal letters "VA".

The last holder of the Order, Princess Alice, Countess of Athlone, died in 1981. Like other British Orders which have fallen into disuse, it has never been formally abolished. Each British monarch since Victoria has become Sovereign of the Order upon accession to the throne. The current monarch, Queen Elizabeth II, thus has been Sovereign of the Order since 1952.