Order of the Crown of India

The Imperial Order of the Crown of India is an order in the British honours system. The Order was established by Queen Victoria in 1878, when she became Empress of India. [1] The Order is open only to women; no new appointments have been made after the Partition of India in 1947. The Order was limited to British princesses, wives or female relatives of Indian princes and wives or female relatives of any person who held the office of:

The members of the Order, titled Companions, could use the post-nominals "CI," but did not acquire any special precedence or status due to it. Furthermore, they were entitled to wear the badge of the Order, which included Queen Victoria's Imperial Cypher, VRI (Victoria Regina Imperatrix). The letters were set in diamonds, pearls and turquoises and were together surrounded by a border of pearls surmounted by a figure the Imperial Crown. The badge was worn attached to a light blue bow, edged in white, on the left shoulder. Queen Elizabeth II (as Princess Elizabeth) and her sister Princess Margaret were appointed to the Order by their father King George VI in June 1947. Queen Elizabeth II is the last surviving former member (now Sovereign) of the Order. Princess Alice, Duchess of Gloucester was the last ordinary member at the time of her death in 2004. 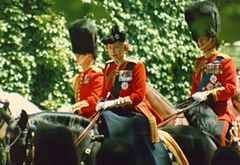 Elizabeth II, in her uniform as Colonel-in-Chief of the Scots Guards, wears the badge of the order as a medal (first on left). (Trooping the Colour, 1986)

Companions of the Order 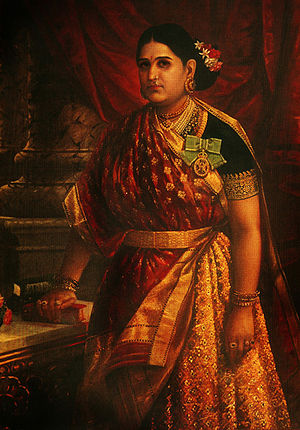