The Oregon Republican Party is the state affiliate of the United States Republican Party in Oregon, headquartered in Lake Oswego.[2] The first state party convention was held in Salem on April 21, 1859, and its first nominee for Congress, Portland attorney David Logan.[3][4] 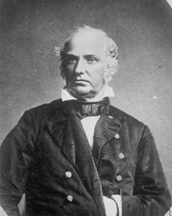 In May 1856, the first Republican meeting in Oregon was held in Jackson County to nominate county officers and to adopt a platform declaring freedom throughout the United States. On August 20, 1856, Republicans in the Oregon Territory met in Albany and organized the Oregon Republican Party. At this meeting steps were taken to organize county and precinct conventions.[3]

Oregon in the Civil War

Originally from Illinois and a good friend to Abraham Lincoln, Edward Dickinson Baker moved to Oregon and became a U.S. Senator in 1860. When the Civil War started in 1861 he raised his own militia and liked to dress in full uniform in front of colleagues in Congress. On October 21, 1861, with Congress out of session, Colonel Baker and his men met Confederate forces on a hill called Ball's Bluff just outside Washington, D.C. Shortly after the battle started Baker was killed along with nearly 1,000 other men. The disaster sparked the formation of the toughest investigation committee in history, the Joint Committee on the Conduct of War.

During World War II congressmen were commonly seen serving with their units in combat zones but the War Department quickly banned all congress members from serving on active duty, forever making Edward Dickinson Baker the only U.S. congressman to ever lose his life in a military engagement.[5]

The party believes that every person has a fundamental right to life, beginning at conception. The party also opposes taxpayer funding for abortion.[6]

The party believes that the death penalty should be used, mandatory minimum sentencing for violent offenders and in truth in sentencing.[6]

The party believes that all children should have a right to have access to a quality education, parents have the responsibility to educate their children, and that basic skills and fluency in English should be emphasised.[6]

The party believes in minimal government intervention and that all regulation should strive to cause the least harm to human resource and business pursuits.[6]

The party believes that legal recognition of marriage should be restricted to those between one man and one woman, that government involvement in family matters should be kept at a minimum, and that local governments have the right to intervene when parents are deemed unfit. The party opposes abortion, assisted suicide and human trafficking.[6]

The party believes that foreign relations should be based on the security of the United States.[6]

The party believes that the government should exercise fiscal responsibility and there should be no unfunded mandates or bailouts. They support a balanced budget.[6]

The party supports health care reforms that lower costs, eliminate government barriers and allow citizens to make their own health care decisions. They support the repeal of the Patient Protection and Affordable Care Act.[6]

The party recognizes the benefits of legal immigration, opposes amnesty, supports English as the official language, supports a simplified guest worker program. It believes the right to vote should only be earned through naturalization, and that citizenship for children should be granted if one or more of their parents are a U.S. citizen.[6]

The party stands for the protection of individual rights.[6]

The party supports only those regulations that support free enterprise and personal freedoms.[6]

The party supports the individual's right to keep and bear arms.[6]

The party supports voter identification at the polls, transparency in elections, severe and enforced penalties for election law violations and the Electoral College.[6]

The Oregon Republican Party holds split control over the Oregon House of Representatives and 14 of the 30 Oregon Senate seats. It also holds one of the state's five U.S. House seats and neither of the two U.S. Senate seats. 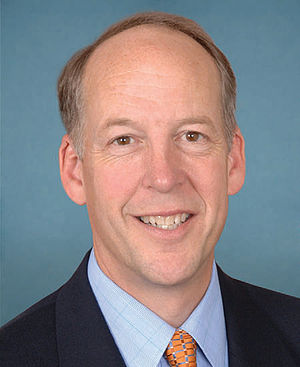