His brief reign saw rising intolerance of non-Muslims (Christians and Jews being required to wear distinctive clothes or badges)[citation needed] and is also notable for a fire in Constantinople. His mother was Şehsuvar Sultan, a Serbian valide sultan.[citation needed] 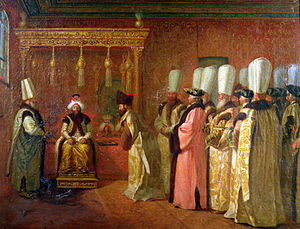 Osman III lived most of his life as a prisoner in the palace, and as a consequence on becoming Sultan he had some behavioural peculiarities. Unlike previous Sultans, he hated music, and banished all musicians from the palace. He died at the Topkapı Palace, Constantinople.

Osman was responsible for a firman in 1757, that preserved the Status Quo of various Holy Land sites for Christians, Muslims, and Jews.[4]