Osterode am Harz often simply called Osterode, is a town in south-eastern Niedersachsen on the south-western edge of the Harz mountains. It is the seat of government of the district of Osterode. The town is twinned with Scarborough, in the United Kingdom. Osterode is located on the German Timber-Frame Road. 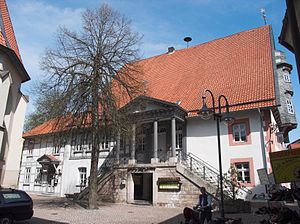 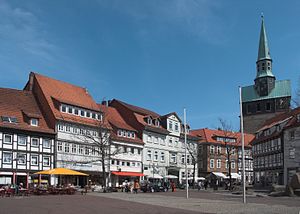 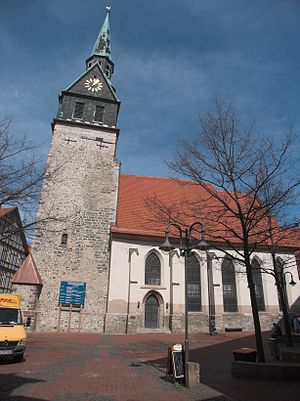 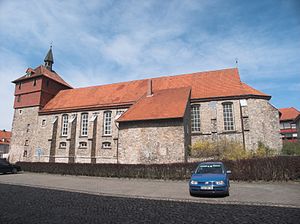 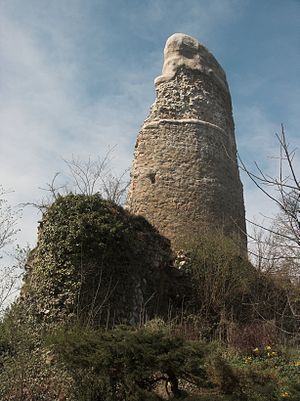 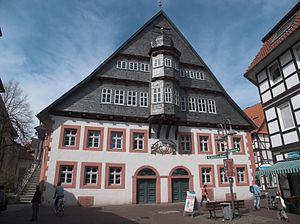 The Söse river flows through the town from the Sösetalsperre reservoir lake about 5 km upstream. The dam was built in 1931 and has a capacity of 25.5 million m³. The Harzwasserwerke water company pipes drinking water as far away as Bremen.

The following districts (mainly surrounding villages) are part of the borough of Osterode am Harz, with populations in brackets:

The Gemeinderat or council of Osterode has 34 members:

and one Bürgermeister (mayor). (local election on 10 September 2006)

Klaus Becker has been Bürgermeister (mayor) of Osterode since 1 June 2004 He has no party affiliation.

The Museum im Ritterhaus displays documents from Osterode's history from the Middle Ages to the recent past, as well as occasional temporary exhibitions.

In the environs of Osterode there are several castle ruins, and Lichtenstein Castle between Dorste and Förste.

The town granary built between 1719 and 1722 is one of the most imposing buildings, built to supply the mining villages in the Upper Harz with grain. Today after a comprehensive renovation it has become the town hall.

Osterode is the starting point of the 100 km long Harzer Hexenstieg, a hiking trail to Thale.

The B 243 federal route, built as a divided highway, is the main western link between the northern and southern Harz area. B 241 and B 498 link Solling to the eastern Harz.

Osterode lies on the Herzberg–Seesen railway, with services to Brunswick. In November 2004 the city gained two new stations at a cost of about 1 million Euro, replacing two previous halts and providing a more central access to public transport.[citation needed]