The International Paneuropean Union, also referred to as the Paneuropean Movement and the Pan-Europa Movement, is the oldest European unification movement. It began with the publishing of Count Richard von Coudenhove-Kalergi's manifesto Paneuropa (1923), which presented the idea of a unified European State. Coudenhove-Kalergi, a member of the Bohemian Coudenhove-Kalergi family and the son of an Austro-Hungarian diplomat and a Japanese mother, was the organisation's central figure and President until his death in 1972.

It is independent of all political parties, but has a set of four basic principles by which it appraises politicians, parties, and institutions: liberal conservatism, Christianity, social responsibility, and pro-Europeanism.[citation needed]

The organisation was prohibited by Nazi Germany in 1933, and was founded again after the Second World War.[citation needed] Otto von Habsburg, the head of the Habsburg dynasty and former Crown Prince of Austria-Hungary, became involved with the Paneuropean Union in the 1930s, was elected its Vice President in 1957 and became its International President in 1973, after Coudenhove's death. The President of the Union since 2004 is Alain Terrenoire, former Member of Parliament in France and MEP and Director of the French Paneuropa-Union. Otto Habsburg became the International Honorary President of the International Paneuropean Union in 2004. Its Vice President is Walburga Habsburg Douglas, a member of the Swedish Parliament.

The Union has branches in many European countries, with the General Secretariat located in Munich. In France, the Pan-Europa Union was founded by later President Georges Pompidou and later cabinet minister Louis Terrenoire, with the support of Charles de Gaulle. The Union achieved high political influence in France, particularly within the Gaullist segment of French politics.[citation needed] 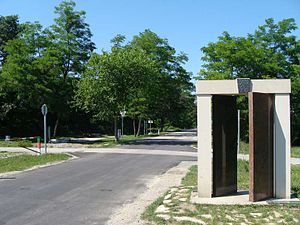 Winston Churchill lauded the movement's work for a unified Europe prior to the war in his famous Zurich speech in 1946.[3][4]

In 1947, the group formed around Duncan Sandys, Winston Churchill, Edvard Beneš and others split into newly formed European Movement in opposition of the Union's strong Christian right.[citation needed]

Grounded in liberal values, the Paneuropean Union was considered staunchly anti-communist from its inception and especially during the Cold War. For this reason, the organisation was much reviled by the communist regimes of the Eastern Bloc. The organisation became renowned for its role in organising the Pan-European Picnic, an important event during the Revolutions of 1989. 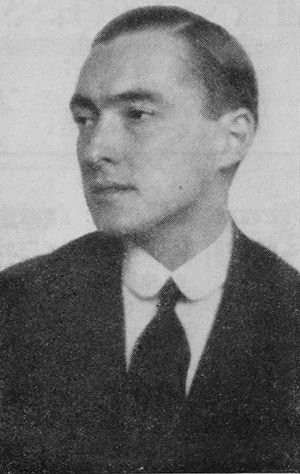 The Paneuropean Union lists the following as historical members:[5][6]