Liga Paraguaya's first game was played in 1906, after the director of the El Diario newspaper, Don Adolfo Riquelme, brought to his office on 18 June 1906, the representatives of the five existing football teams in Paraguay at that time (Olimpia, Guaraní, Libertad, General Díaz, and Nacional) to create the governing body of football in Paraguay: the Liga Paraguaya de Fútbol (known today as Asociación Paraguaya de Fútbol). The representatives were William Paats and Junio Godoy (Olimpia) Ramón Caballero, Manuel Bella and Salvador Melián (Guaraní), Juan Escalada (Libertad), César Urdapilleta (General Díaz), and Vicente Gadea (Nacional).[3] The Liga Paraguaya saw Club Guaraní as the first champion in 1906, after defeating Olimpia in the final.

The Primera División was founded in 1906 with 5 teams, and turned professional in 1935 when 10 clubs broke away from the amateur leagues to form a professional league. Since 1996 the format of tournament was changed to Torneo Apertura and Clausura, but since 2008 each tournament is independent.

Traditionally, the dominance of Olimpia and Cerro Porteño went mostly unchallenged for decades. All of this changed at the turn of the 21st century. Since then, Libertad has been the most dominant club, while Nacional and Guarani have also experienced success at the local level.

Relegation is based on an averaging system. At the end of each season, the two teams with the worst three-year averages are relegated, and the two best teams in the "División Intermedia" (second division) are promoted to Primera División.

The following are the teams in the first division in 2014: 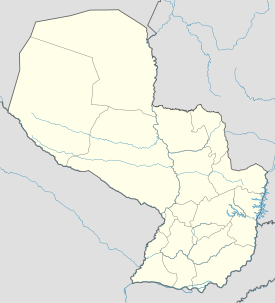