Paraná (Portuguese pronunciation: [paɾaˈna][2]) is one of the 26 states of Brazil, located in the south of the country, bordered on the north by São Paulo state, on the east by the Atlantic Ocean, on the south by Santa Catarina state and the Misiones Province of Argentina, and on the west by Mato Grosso do Sul and the republic of Paraguay, with the Paraná River as its western boundary line.

Cut by the Tropic of Capricorn, Paraná has what is left of the araucaria forest, one of the most important subtropical forests in the world. At the border with Argentina is the National Park of Iguaçu, considered by UNESCO as a World Heritage site. At only 40 km (25 mi) from there, at the border with Paraguay, the largest dam in the world was built, the Hidroelétrica de Itaipu (Itaipu Hydroelectric Dam). 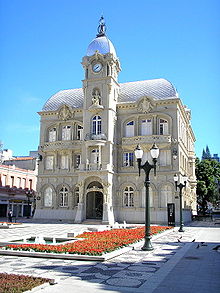 Paraná is bounded on the north by São Paulo state, on the east by the Atlantic Ocean, on the south by Santa Catarina state and the Misiones Province of Argentina, and on the west by Mato Grosso do Sul and the republic of Paraguay, with the Paraná River as its western boundary line.

The state can be separated into five main topographic areas, from east to west: a coastal zone, the mountains of Serra do Mar, and then three plateaus, each lower than the other, until the Paraná River is reached.[4]

The largest rivers in the state are the Paranapanema and its tributaries the Cinza and Tibaji, the Ivaí, Piquiri, Jejuy-guassu, and the Iguaçu with its principal tributary the Rio Negro. The Paranapanema and a small tributary, the Itarare', form the boundary line with São Paulo west of the Serra do Mar, and the Iguaçu and Negro, the boundary line with Santa Catarina and Argentina - both streams having their sources in the Serra do Mar and flowing westward to the Paraná. The other streams have shorter courses, and all are obstructed by falls and rapids. Twenty miles above the mouth of the Iguaçu are the Iguaçu Falls, 215 ft (66 m) high, broken into 20 or more falls separated by rocks and islands, and surrounded by a wild, unsettled and wooded country. The surface of the plateau is undulating and the greater part is adapted to agricultural and pastoral purposes.[citation needed] 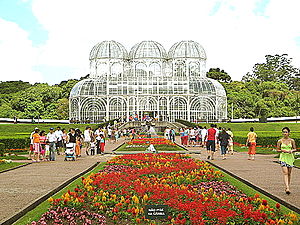 Parana is the sixth most populous state in Brazil.Its level of urbanization is 83.5%.[5]

Parana's population is primarily of Eastern European origin, but Germans, Portuguese, and Japanese also settled in the state.[7] A variation of German known as Paraná-Wolga-Deutsch originated in the area.[8] 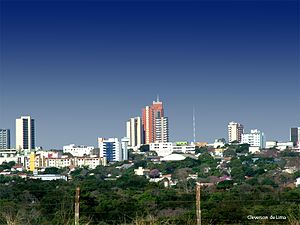 Initially settled by the Guarani and Kaingang Amerindians, until the 17th century, virtually no European presence existed in Paraná. The number of settlers grew around 1750 and the population was composed of Amerindians, Portuguese, and some Spaniards. African slaves from Angola and Mozambique were also present, but in fewer numbers than in other Brazilian areas, because Paraná was an unexplored region that did not need much slave manpower. As part of the province of São Paulo, immigration grew in the mid-19th century, mostly composed of Italian, German, Polish, Ukrainian, and Japanese peoples. While Poles and Ukrainians are present in Paraná, their presence in the rest of Brazil is almost nil. In the early 20th century, two waves of migration to Paraná occurred: one coming from the north, mostly of Portuguese, but also of African and Amerindian origin, and another from southern Brazil to the southwest and west, mostly of Portuguese, Italian, and German origins.[9][10] 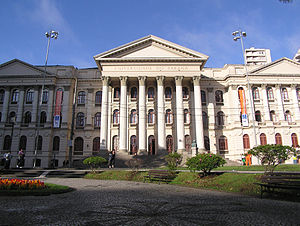 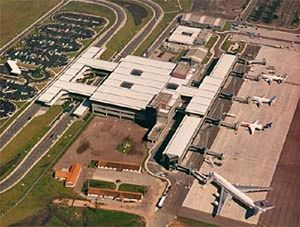 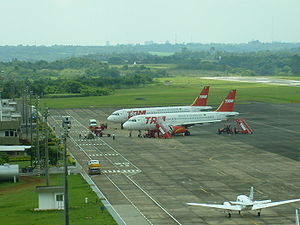 Afonso Pena International Airport is Curitiba's main airport. It is located in the nearby city of São José dos Pinhais and all commercial flights operate from this airport.

Two of the biggest football sides in the state are Clube Atlético Paranaense and Coritiba Foot Ball Club, who play the Atletiba derby.[14]