Parks and open spaces in Newham 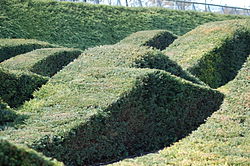 The London Borough of Newham, in spite of being one of the more crowded areas of London, has over 20 parks within its boundaries, as well as smaller recreation grounds. The larger parks in the Borough include:

Newham is a riverside borough, and one of the largest open spaces is the Thames itself. A riverside path exists, but flood prevention works can often make river views problematic.

In 1998, the council set up a controversial new police force, the Newham Parks Constabulary, to police these parks. The force was renamed the Newham Community Constabulary and was subjected to an investigation into abuse of power and corruption, following considerable coverage in Private Eye. The force was disbanded in July 2009.[1]