Partinico (Sicilian: Partinicu, Ancient Greek: Parthenikòn) is a town and comune in the province of Palermo, Sicily, southern Italy. It is 30 kilometres (19 mi) from Palermo and 71 kilometres (44 mi) from Trapani.

The paternal side of musician Frank Zappa's family came from the town. The Italian prime minister Orlando represented Partinico in the Italian Parliament from 1897 until 1925.

The local, family-run, anti-Mafia television station Telejato is based in Partinico. 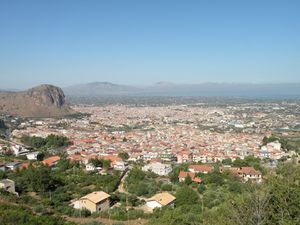