From Infogalactic: the planetary knowledge core
Jump to: navigation, search
This article is about the rank/title used in the Ottoman Empire. For other uses, see Pasha (disambiguation). 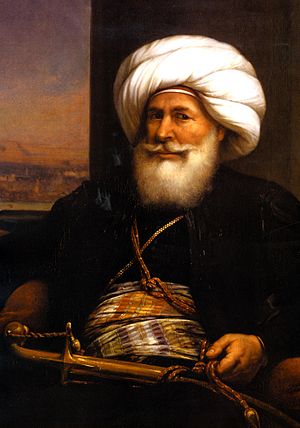 Pasha or pascha (Ottoman Turkish: پاشا‎, Turkish: paşa), formerly anglicized as bashaw, was a higher rank in the Ottoman Empire political and military system, typically granted to governors, generals and dignitaries and others. As an honorary title, Pasha, in one of its various ranks, is similar to a British peerage or knighthood, and was also one of the highest titles in pre-republican Egypt. There were three ranks of pashas: the first, or highest class, had the privilege of bearing a standard of three horse-tails, the second of two, and the third of one.[1]

Popular view connects it with Turkish baş(-ı) ('head'; cf. "başkan", "president" or "başkent", "capital"),[2] or the similar-sounding compound baş-ağa (the title of an official). Etymologist Sevan Nişanyan rejects both these explanations and instead derives it from Turkish beşe ('boy, prince'), which is cognate with Persian baççe (بچّه).[3] Old Turkish had no fixed distinction between /b/ and /p/, and the word was spelled başa still in the 15th century.[4]

According Josef W. Meri and Jere L. Bacharach, the word is "more than likely derived from the Persian Padishah".[5]

As first used in western Europe, the title appeared in writing with the initial "b". The English forms bashaw, bassaw, bucha etc., general in the 16th and 17th century, derive through the medieval Latin and Italian word bassa. Due to the Ottoman presence in the Arab World, the title became used frequently in Arabic, though pronounced as basha due to the absence of the sound "p" in Arabic.

Within the Ottoman Empire, the Ottoman Sultan had the right to bestow the title of Pasha. It was through this custom that the title (Egyptian Arabic pronunciation: [ˈbæːʃæ]) came to be used in Egypt, which was conquered by the Ottomans in 1517. The rise to power in Egypt in 1805 by Muhammad Ali, an Albanian military commander, effectively established Egypt as a de facto independent state, however, it still owed technical fealty to the Ottoman Sultan. Moreover, Muhammad Ali harboured ambitions of supplanting the Osman Dynasty in Constantinople, and sought to style his Egyptian realm as a successor sultanate to the Ottoman Empire. As such, he bore the title of Pasha, in addition to the official title of Wāli, and the self-declared title of Khedive. His successors to the Egyptian and Sudanese throne, Ibrahim, Abbas, Sa'id, and Isma'il also inherited these titles, with Pasha, and Wāli ceasing to be used in 1867, when the Ottoman Sultan, Abdülaziz officially recognised Isma'il as Khedive.

The title Pasha appears originally to have applied exclusively to military commanders, but subsequently it could distinguish any high official, and also unofficial persons whom the court desired to honour.

It was also part of the official style of the Alpina Kursuncu Pasha (Great Admiral of the entire Ottoman fleet). Pashas ranked above Beys and Aghas, but below Khedives and Viziers.

Three grades of Pasha existed, distinguished by the number of yak- or horse-tails (three, two and one respectively; a symbol of Turco-Mongol tradition) or peacock tails, which the bearers were entitled to display on their standard as a symbol of military authority when on campaign* Only the Sultan himself was entitled to four tails, as sovereign commander in chief.

The following military ranks entitled the holder to the style Pasha (lower ranks were styled Bey or merely Effendi):

If a Pasha governed a provincial territory, it could be called a pashaluk after his military title, besides the administrative term for the type of jurisdiction, e.g. eyalet, vilayet/walayah. Both Beylerbeys (governors-general) and valis/wālis (the most common type of Governor) were entitled to the style of Pasha (typically with two tails). The word pashalik designated any province or other jurisdiction of a Pasha.

Ottoman and Egyptian authorities conferred the title upon both Muslims and Christians without distinction. They also frequently gave it to foreigners in the service of the Ottoman Empire, or of the Egyptian Khedivate (later Sultanate, and Kingdom in turn), e.g. Hobart Pasha.

In an Egyptian context, the Abaza Family is known as "the family of the pashas" for having produced the largest number of nobles holding this title under the Muhammad Ali dynasty and was noted in Egyptian media as one of the main "families that rule Egypt" to this day,[6][7] and as "deeply rooted in Egyptian society and… in the history of the country."[8]

As an honorific, the title Pasha was an aristocratic title and could be hereditary or non-hereditary, stipulated in the "Firman" (patent of nobility) issued by the Sultan carrying the imperial seal "Tughra". The title did not bestow rank or title to the wife nor was any religious leader elevated to the title. In contrast to western nobility titles, where the title normally is added before the given name, Ottoman titles followed the given name. In contacts with foreign emissaries and representatives, holders of the title Pasha were often referred to as "Your Excellency".

The sons of a Pasha were styled Pashazada or Pasha-zade, which means just that.

In modern Egyptian and (to a lesser extent) Levantine Arabic, it is used as an honorific closer to "Sir" than "Lord", especially by older people. Among Egyptians born since the Revolution of 1952 and the abolition of aristocratic titles, it is considered a highly informal way of addressing one's male peers.

Although it is no longer an official title, high-ranking officers of the Turkish Armed Forces are often referred to as "pashas" by the Turkish public and media. 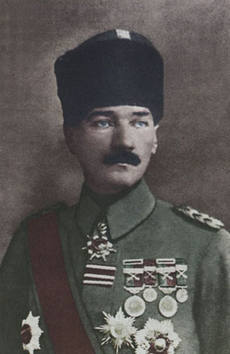 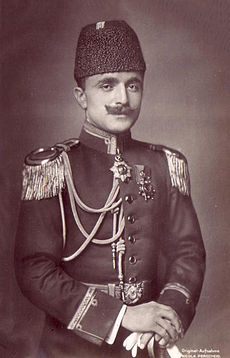 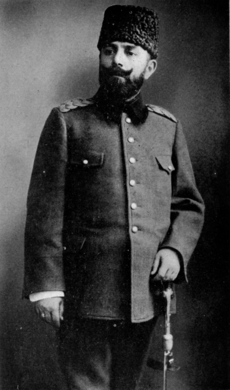 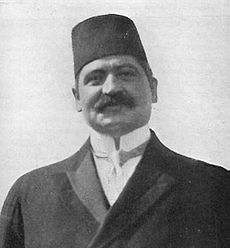 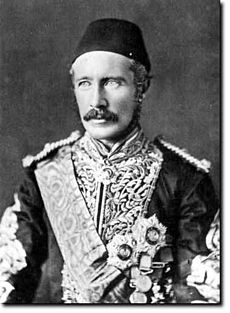 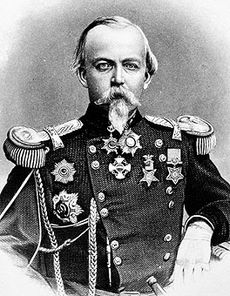