Peabody College of Education and Human Development was founded in 1875 when the University of Nashville, located in Nashville, Tennessee, split into two separate educational institutions. The preparatory school, University School of Nashville, separated from the college, which was originally called Peabody Normal School, but soon became known as the George Peabody College for Teachers.[5] Peabody was merged into Vanderbilt University in 1979. Peabody has been ranked as the top graduate school of education in the nation during the 2009, 2010, 2011, 2012, and 2013 editions of the U.S. News & World Report graduate school rankings. 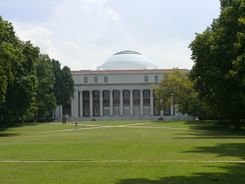 Peabody traces its history to 1785, when Davidson Academy was chartered by the state of North Carolina, of which Tennessee was then a part. In 1806 the school was rechartered and used the name Cumberland College until 1826. The name changed to University of Nashville in 1827. In 1875, when the school was receiving financial assistance from the Peabody Education Fund started by George Peabody, the state legislature amended the charter to establish the State Normal School. In 1889 it became Peabody Normal College.[6]

It was located on the site of the campus of the former Roger Williams University, a school for African American students which burned around 1906.[7] The site was then occupied by Peabody, which was then for whites, although its "demonstration school" (now University School of Nashville) became one of the first high schools in Nashville to be desegregated in the early 1960s.

Peabody became a renowned school of education, especially in the South.[6] It seemed financially strong, due in part to an endowment that had been funded in part by its namesake, George Peabody. It had shared some facilities with Vanderbilt for many years, notably the Joint Universities Library, located across the street from Peabody's main academic buildings, and indeed closer to Peabody than to much of the main Vanderbilt academic quadrangle. Also, Peabody students were eligible for participation in Vanderbilt ROTC and the Vanderbilt Marching Band. In the early 1970s Peabody students became eligible to participate on Vanderbilt athletic teams. This was said to be a concession to the fact that Peabody had no intercollegiate athletics of its own, but cynics noted that Peabody did have a major in physical education, a major frequently taken by scholarship athletes but one which had not been available at Vanderbilt, and was seen by many as an attempt to get players onto Vanderbilt sports teams, notably football, who were not eligible for admission to Vanderbilt.[citation needed]

By the late 1970s a series of serious financial missteps had left Peabody's finances in such poor shape that the school's choices seemed to be reduced to two: either negotiating a merger with Vanderbilt or closing entirely. The former path was chosen, and Peabody became a part of Vanderbilt in 1979.[6]

Development as part of Vanderbilt

For many years following the merger, Peabody maintained a considerable separate identity within Vanderbilt, but this is now somewhat diminished. In 2008, Peabody became the site of "The Commons", the housing for all first-year Vanderbilt students.[8][not in citation given]

In an organizational sense, too, Peabody College constitutes a vital part of today's Vanderbilt. As one of the university's ten schools, it not only trains undergraduate and graduate students but conducts substantial research in human learning and cognition, some of it in conjunction with Vanderbilt University Medical Center.[6] It is now the host of two government-funded national research centers: the National Center on School Choice and the National Center on Performance Incentives. Peabody was ranked first among American graduate schools of education in the 2009, 2010, 2011, 2012, and 2013 rankings by U.S. News & World Report. 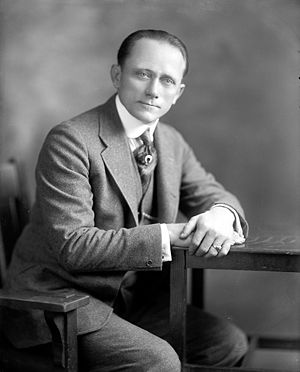