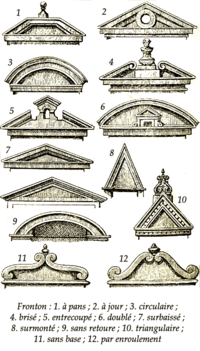 The upper part of the neoclassical Greek National Academy building in Athens, showing the pediment with sculptures

A pediment is an element in classical, neoclassical and baroque architecture, and derivatives therefrom, consisting of a gable, originally of a triangular shape, placed above the horizontal structure of the entablature, typically supported by columns. The tympanum, or triangular area within the pediment, was often decorated with relief sculpture depicting scenes from Greek and Roman mythology or allegorical figures. 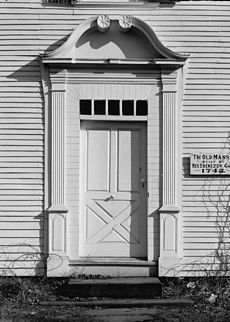 A variant is the "segmental" or "arch" pediment, where the normal angular slopes of the cornice are replaced by one in the form of a segment of a circle, in the manner of a depressed arch. Both traditional and segmental pediments have "broken" and "open" forms. In the broken pediment the raking cornice is left open at the apex. 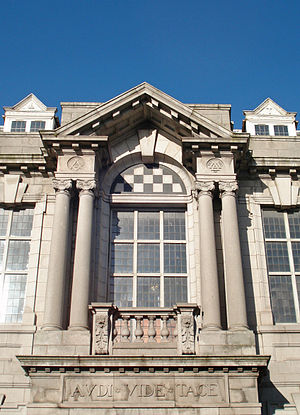 The open pediment is open along the base – often used in Georgian architecture. A further variant is the "Swan-necked" pediment, where the raking cornice is in the form of two S-shaped brackets. The decorations in the tympanum frequently extend through these openings, in the form of "Alto-relievo" sculpture, "tondo" paintings, mirrors or windows. These forms were adopted in Mannerist architecture, and applied to furniture designed by Thomas Chippendale.

A pediment is sometimes the top element of a portico.

Significant pediments in the United States 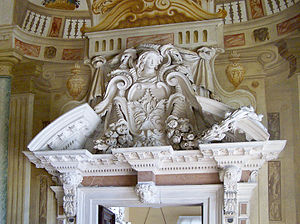