From Infogalactic: the planetary knowledge core
Jump to: navigation, search
For other uses, see Pen (disambiguation). 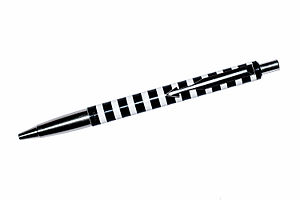 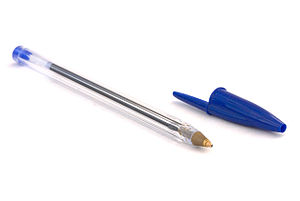 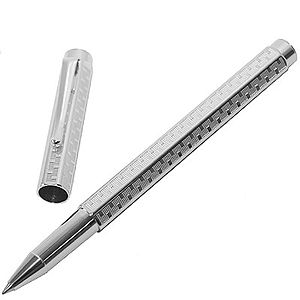 A luxury pen (made by Caran d'Ache) 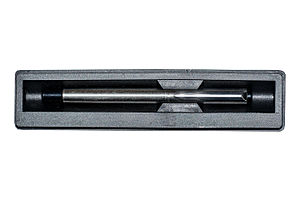 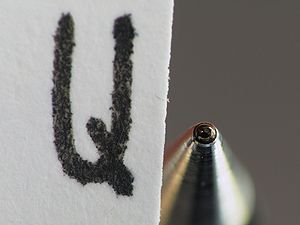 A mark made on paper with a rollerball pen, and the tip of that pen

A pen (Latin: penna, feather) is a writing implement used to apply ink to a surface, such as paper, for writing or drawing.[1] Historically, reed pens, quill pens, and dip pens were used, with a nib dipped in ink. Ruling pens allow precise adjustment of line width, and still find a few specialized uses, but technical pens such as the Rapidograph are more commonly used. Modern types also include ballpoint, rollerball, fountain, and felt or ceramic tip pens.[2]

The main modern types of pens can be categorized by the kind of writing tip or point:

These historic types of pens are no longer in common use as writing instruments, but may be used by calligraphers and other artists: 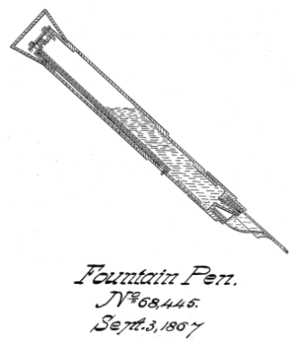 M. Klein and Henry W. Wynne received US patent#68445 in 1867 for an ink chamber and delivery system in the handle of the fountain pen.

Ancient Egyptians had developed writing on papyrus scrolls when scribes used thin reed brushes or reed pens from the Juncus maritimus or sea rush.[4] In his book A History of Writing, Steven Roger Fischer suggests that on the basis of finds at Saqqara, the reed pen might well have been used for writing on parchment as long ago as the First Dynasty or about 3000 BC. Reed pens continued to be used until the Middle Ages although they were slowly replaced by quills from about the 7th century. The reed pen, generally made from bamboo, is still used in some parts of Pakistan by young students and is used to write on small boards made of timber.[citation needed]

The reed pen survived until papyrus was replaced by animal skins, vellum and parchment, as a writing surface. The smoother surface of skin allowed finer, smaller writing by the quill pen, derived from the flight feather.[5] The quill pen was used in Qumran, Judea to write some of the Dead Sea Scrolls, which date back to around 100 BC. The scrolls were written in Hebrew dialects with bird feathers or quills. After the fall of the Roman Empire, Europeans had difficulty in obtaining reeds[citation needed] and began to use quills. There is a specific reference to quills in the writings of St. Isidore of Seville in the 7th century.[6] Quill pens were still widely used in the 18th century, and were used to write and sign the Constitution of the United States in 1787.

A copper nib was found in the ruins of Pompeii showing that metal nibs were used in the year 79.[7] There is also a reference to 'a silver pen to carry ink in', in Samuel Pepys' diary for August 1663.[8] 'New invented' metal pens are advertised in The Times in 1792.[9] A metal pen point was patented in 1803 but the patent was not commercially exploited. A patent for the manufacture of metal pens was advertised for sale by Bryan Donkin in 1811.[10] John Mitchell of Birmingham started to mass-produce pens with metal nibs in 1822, and thereafter the quality of steel nibs had improved enough that dip pens with metal nibs came into generalized use.[11] 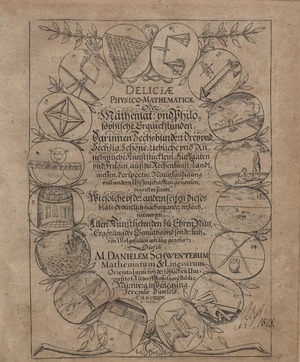 The earliest historical record of a pen employing a reservoir dates back to the 10th century. In 953, Ma'ād al-Mu'izz, the Fatimid Caliph of Egypt, demanded a pen which would not stain his hands or clothes, and was provided with a pen which held ink in a reservoir and delivered it to the nib.[12] This pen may have been a fountain pen, but its mechanism remains unknown, and only one record mentioning it has been found. A later reservoir pen was developed in 1636. In his Deliciae Physico-Mathematicae (1636), German inventor Daniel Schwenter described a pen made from two quills. One quill served as a reservoir for ink inside the other quill. The ink was sealed inside the quill with cork. Ink was squeezed through a small hole to the writing point. In 1809, Bartholomew Folsch received a patent in England for a pen with an ink reservoir.[12]

While a student in Paris, Romanian Petrache Poenaru invented the fountain pen, which the French Government patented in May 1827. Fountain pen patents and production then increased in the 1850s, especially steel pens produced by John Mitchell.

The first patent on a ballpoint pen was issued on October 30, 1888, to John J Loud.[13] In 1938, László Bíró, a Hungarian newspaper editor, with the help of his brother George, a chemist, began to work on designing new types of pens including one with a tiny ball in its tip that was free to turn in a socket. As the pen moved along the paper, the ball rotated, picking up ink from the ink cartridge and leaving it on the paper. Bíró filed a British patent on June 15, 1938. In 1940 the Bíró brothers and a friend, Juan Jorge Meyne, moved to Argentina fleeing Nazi Germany and on June 10, filed another patent, and formed Bíró Pens of Argentina. By the summer of 1943 the first commercial models were available.[14] Erasable ballpoint pens were introduced by Papermate in 1979 when the Erasermate was put on the market.[15]

Slavoljub Eduard Penkala, a naturalized Croatian engineer and inventor of Polish-Dutch origin from the Kingdom of Croatia-Slavonia in Austria-Hungary, became renowned for further development of the mechanical pencil (1906) – then called an "automatic pencil" – and the first solid-ink fountain pen (1907). Collaborating with an entrepreneur by the name of Edmund Moster, he started the Penkala-Moster Company and built a pen-and-pencil factory that was one of the biggest in the world at the time. This company, now called TOZ-Penkala, still exists today. "TOZ" stands for "Tvornica olovaka Zagreb", meaning "Zagreb Pencil Factory". 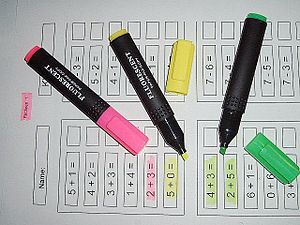 In the 1960s, the fiber or felt-tipped pen was invented by Yukio Horie of the Tokyo Stationery Company, Japan.[16] Papermate's Flair was among the first felt-tip pens to hit the U.S. market in the 1960s, and it has been the leader ever since. Marker pens and highlighters, both similar to felt pens have become popular in recent times.

Rollerball pens were introduced in the early 1970s. They make use of a mobile ball and liquid ink to produce a smoother line. Technological advances achieved during the late 1980s and early 1990s have improved the roller ball's overall performance. A porous point pen contains a point that is made of some porous material such as felt or ceramic. A high quality drafting pen will usually have a ceramic tip, since this wears well and does not broaden when pressure is applied while writing.

Although the invention of the typewriter and personal computer with the keyboard input method have changed how users write, the pen has not been entirely replaced.[17] Higher end pens including types such as fountain pens are still a status symbol.[18][19]

Waterman pen and fountain pens made for Air France’s Concorde.

Statistics on writing instruments (including pencils and pens) from WIMA (the United States Writing Instrument Manufacturers Association) show that in 2005, retractable ball point pens were by far the most popular in the United States (26%), followed by standard ball point pens (14%). Other categories represented very small fractions (3% or less).[20] There is however also a thriving industry in luxury pens, often fountain pens, sometimes priced at $1000 or more.[21] Pens are also used as advertisements for business entrepreneurs. Companies use pens to advertise their company names to possible customers.