In the 18th century the area of present-day Perryville was under French and Spanish colonial administration. The region was part of the New Bourbon district (a sub-district of the Ste. Genevieve district) of the Upper Louisiana colony, also known as the Illinois Country. Looking to expand the population, Spanish authorities agreed to allow American Catholics settle in Upper Louisiana. A Maryland Catholic and descendant of Lord Baltimore's Catholic colony, Isidore Moore, along with a number of other Maryland Catholics, who had settled in Marion, Nelson and Washington counties in Kentucky in the 1780s, looked to take up the invitation. Twenty-year-old Isidore Moore scouted both sides of the Illinois Country in 1792, at which time his visit to Kaskaskia had discouraged him, and again in 1797 when he visited St. Louis and the grasslands south of Ste. Genevieve. In 1800, Moore once again scouted the grasslands west of the Mississippi, which he found favorable. This grassland would later become known as "The Barrens" due to the open grassland with few trees.[7]

On February 9, 1801, Isidore Moore received a concession from Spanish authorities and returned to Kentucky for his family and other families closely interrelated through marriage: the Tuckers, Haydens, Cissells, Hagans, Laytons, Brewers, and others. Some of these families had already arrived in the winter of 1803-1804 had built cabins to establish settlement rights.[7]

It is not clear why or how Perryville came to be selected as the county seat of Perry County, Missouri, but the site was selected by Robert T. Brown, Joseph Tucker, and Thomas Riney, who had been appointed to select the seat of justice for Perry County.[8] On August 7, 1821, Bernard Layton deeded 51 acres (210,000 m2) to the commissioners in exchange for one town lot. Fifty-three of the 99 town lots were sold for $1,486.25, which was used to build the first courthouse. The one existing today is actually the third such structure. It was built in 1904 at a cost of $30,000. Perryville and Perry County were named for Commodore Oliver Hazard Perry, Naval hero of the War of 1812.[9][10]

One of the long time stories concerning early Perryville is that the first store in Perryville, a log structure, was built by Ferdinand Rozier, Sr. on the north side of the square.[7] This is not true. Rozier had a store in Perryville but not the first. It was on the north side of the square on Lot 57 which was not even owned by anyone before 1829 and Ferdinand Rozier bought the property in 1835. Barnabas Burns had a storehouse on the east side of the square by the late 1820s. Levi Block built his two story brick building, which is still standing, by 1830.[11] The upper story serves as the first town hall for the small settlement. Perryville was first incorporated in 1837, but records show the incorporation was allowed to lapse. In the early 19th century, Henry Burns built a home on South Spring Street. Later, William P. Faherty bought the house, which is now a museum operated by the Perry County Historical Society.

As both merchandisers and consumers grew in sophistication, so did the types of establishments in the county. Built in 1843, the Hoose Hotel, often called the "white house",[6] was a prominent structure in early commercial days. The Hoose Hotel was located at the site presently occupied by Eagle Bank and Trust Co. and The Total Package and served as a hotel, a brewery and an auction block.

In 1856, the town was again incorporated and by 1874 it had its first fire engine. Fourth Class City status was attained in 1879 and the following year Charles A. Weber was elected its first mayor.[12] With the building of the Chester, Perryville and Ste. Genevieve Railway, prosperity came.

Largely because of its role as the seat of county government and because of its central location, Perryville began to develop as the major commercial and service center in Perry County. The population jumped from 897 in 1890 to 1275 in 1900. In 1893 the telephone arrived.[13]

The first horseless carriage, deemed a "locomobile" by The Perry County Republican newspaper, was reported in Perryville in 1903.[citation needed] The first power plant was built in 1913 to provide Perryville with electric lights. This building is currently[when?] being renovated by the Perry Art Alliance. In 1923, the Chamber of Commerce was formed, and Perryville launched its first industrial development offensive by raising $100,000 to build an industrial building in the hope of persuading International Shoe Company in St. Louis to open a Perryville plant. The venture was successful and the opening of the International plant spurred a cycle of growth which included the paving of city streets[citation needed] and a host of new businesses and city services.

In 1940, a second International production facility, known as the Kiefner Branch, opened in Perryville. However, in 1964 an economic downturn forced the closing of International's original Magnolia branch plant.

The loss of 250 jobs in the Magnolia plant closing heightened interest in a more diverse industrial base. The efforts of the Chamber of Commerce, Perryville Development Corporation, and city officials led to the development of the Perryville Industrial Park and the establishment of an Enterprise Zone. The City of Perryville hired its first City Administrator in 1976. The Perry County Industrial Development Authority was established in 1983.[citation needed] Over time, tenants in the Perryville Industrial Park include TG Missouri Corporation, T-N-T Plastics, Wilkes Integrated Packaging, Falcon Foam, Industrial Foam Products, Perry County Sheltered Workshop and Missouri Corrugated Box.[citation needed]

Perryville is home to three nationally registered historic places, including two houses and a historic district:

The traditional heart of Perryville is the courthouse square. As its name suggests, the centerpiece of the square is the Perry County Courthouse. The main square has decorative sidewalks, "Washington" style light fixtures and decorative tree plantings.[17] The Perry Park Center, located in the city park, features an aquatics center, gymnasium, performing arts center, movie theatre, library, and sports facilities.[18] Perry County Memorial Hospital is the health provider for the city and county. Two festivals are held annually in Perryville, Mayfest which is held on the courthouse square in May, and the St. Vincent de Paul Seminary Picnic which is held on the seminary fairgrounds each August.[19][20] Two of the largest employers in the city are TG Missouri, a division of Toyoda Gosei, and Gilster-Mary Lee.

Perryville has a Mayor / City Council form of government. The current Mayor is Ken Baer.[21] The city council consists of six aldermen, two from each of three wards. Each is elected for two-year terms.[citation needed]

The 880th Engineer Team (HAUL) of the Missouri Army National Guard is based in Perryville. 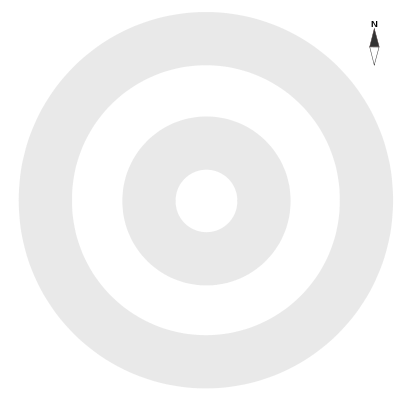 There were 3,288 households of which 33.3% had children under the age of 18 living with them, 45.5% were married couples living together, 12.3% had a female householder with no husband present, 5.4% had a male householder with no wife present, and 36.8% were non-families. 31.1% of all households were made up of individuals and 14.4% had someone living alone who was 65 years of age or older. The average household size was 2.42 and the average family size was 3.00.

There were 3,031 households out of which 31.7% had children under the age of 18 living with them, 51.4% were married couples living together, 11.2% had a female householder with no husband present, and 34.3% were non-families. 30.4% of all households were made up of individuals and 15.6% had someone living alone who was 65 years of age or older. The average household size was 2.41 and the average family size was 3.00.