From Infogalactic: the planetary knowledge core
Jump to: navigation, search
For other people of the same name, see Peter Barlow (disambiguation).

In 1801, Barlow was appointed assistant mathematics master at the Royal Military Academy, Woolwich,[1][3] and retained this post until 1847.[2] He contributed articles on mathematics to The Ladies' Diary[3] as well as publishing books such as:[1][3]

The latter became known as Barlow's Tables and gives squares, cubes, square roots, cube roots, and reciprocals of all integer numbers from 1 to 10,000. These tables were regularly reprinted until 1965,[2] when computers rendered them obsolete. He contributed to Rees's Cyclopædia articles on Algebra, Analysis, Geometry and Strength of Materials. Barlow also contributed largely to the Encyclopædia Metropolitana.

Work in physics and engineering

In collaboration with optician George Dollond Barlow worked on achromatic lenses for telescopes. First (1827–32) with liquid carbon disulfide as an optical element between glass lenses, and later (1833) with flint-and-crown-combinations.[1][3] A derivative of this work is still known today as the Barlow lens and is a widely used piece of astronomical equipment.He also created the famous Barlow's wheel

In 1823 he was made a fellow of the Royal Society and two years later received its Copley Medal for his work on correcting the deviation in ship compasses caused by the presence of iron in the hull.[1][3] Some of his magnetic research was done in collaboration with Samuel Hunter Christie. Barlow's wheel is an early electric motor he invented, while Barlow's law is an (incorrect) law describing electrical conductance.

Steam locomotion received much attention at Barlow's hands and he sat on the railway commissions of 1836, 1839, 1842 and 1845. He also conducted several investigations for the newly formed Railway Inspectorate in the early 1840s. 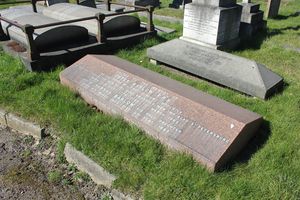 Barlow made several contributions to the theory of strength of materials, including Essay on the strength and stress of timber (1817) which contains experimental data collected at Woolwich. The sixth edition (1867) of this work was prepared by Barlow's two sons after his death and contains a biography of their father. Barlow also applied his knowledge of materials to the design of bridges.[3] His sons Peter W. Barlow and William Henry Barlow became notable civil engineers of the 19th century. He was elected a Foreign Honorary Member of the American Academy of Arts and Sciences in 1832.[4]

Following his death in 1862, he was buried in Charlton Cemetery.