The Philadelphia Rockets were a minor professional ice hockey team based in the Philadelphia Arena in Philadelphia, Pennsylvania. The Rockets played for three seasons in American Hockey League from 1946 to 1949. Previously another Rockets team existed for the 1941–42 AHL season, formerly known as the Philadelphia Ramblers. 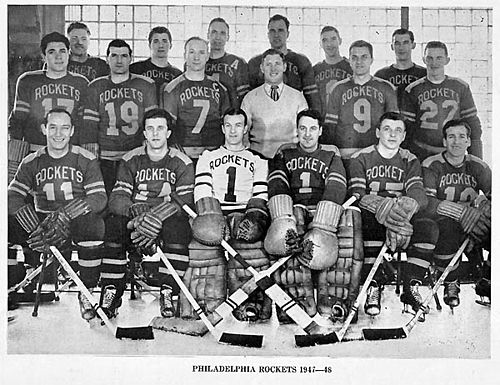