Philip Henry Stanhope, 5th Earl Stanhope FRS (30 January 1805 – 24 December 1875), styled Viscount Mahon between 1816 and 1855, was a British politician and historian. He held political office under Sir Robert Peel in the 1830s and 1840s but is best remembered for his contributions to cultural causes and for his historical writings.

Born at Walmer, Kent,[1] Stanhope was the son of Philip Stanhope, 4th Earl Stanhope, and the Hon. Catherine Stanhope, daughter of Robert Smith, 1st Baron Carrington.[2] He was educated at Christ Church, Oxford, graduating in 1827.

Stanhope entered Parliament in 1830, representing the rotten borough of Wootton Basset until the seat was disenfranchised in 1832.[3] He was then re-elected to Parliament representing Hertford.[4] He served under Sir Robert Peel as Under-Secretary of State for Foreign Affairs between December 1834 and April 1835, and Secretary to the Board of Control in 1845, but though he remained in the House of Commons till 1852, he made no special mark in politics.[5]

Stanhope's chief achievements were in the fields of literature and antiquities. In 1842 took a prominent part in passing the Literary Copyright Act 1842. From the House of Lords he was mainly responsible for proposing and organising the foundation of the National Portrait Gallery, London in 1856. A sculpted bust of Stanhope holds the central place over the entrance of the building, flanked by fellow historians and supporters Thomas Carlyle and Lord Macaulay.[6] It was mainly due to him that in 1869 the Historical Manuscripts Commission was started. As president of the Society of Antiquaries (from 1846 onwards), he called attention in England to the need of supporting the excavations at Troy. He was also president of the Royal Literary Fund from 1863 until his death, a trustee of the British Museum and founded the Stanhope essay prize at Oxford in 1855.[5] He was elected a Fellow of the Royal Society in 1827.[1]

Of Lord Stanhope's own works, the most important were:[5]

A further little work was The Forty-Five a narrative of the Jacobite rising of 1745 extracted from his "History of England." A new edition of this work was published in London by John Murray, Albemarle St., in 1869, which includes some letters of Prince Charles Edward Stuart.

The two histories and the Life of William Pitt were considered of great importance on account of Stanhope's unique access to manuscript authorities on Pitt the Elder's life.[5] His records of the Duke of Wellington's remarks during his frequent visits were also considered of great use to the historian as a substitute for Wellington's never-written memoirs. They were secretly transcribed because of Wellington's famous antagonism to the "truth" of recollected history. He also edited the letters that Philip Stanhope, 4th Earl of Chesterfield had written to his natural son, Philip. They were published between 1845 and 1853.

Stanhope's position as an historian was already established when he succeeded to the earldom in 1855, and in 1872 he was made an honorary associate of the Institute of France.[5] 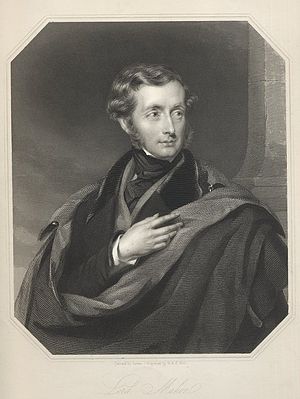 Lord Stanhope married Emily Harriet, daughter of General Sir Edward Kerrison, 1st Baronet, in 1834.[13] She died in December 1873.[2] Stanhope survived her by two years and died at Merivale, Bournemouth, Hampshire,[1] in December 1875, aged 70. He was succeeded in the earldom by his eldest son, Arthur.[5] Stanhope's second son, Edward Stanhope (1840–1893), was a well-known Conservative politician, while another son, Philip (1847–1923), was a Liberal politician who was elevated to the peerage as Baron Weardale in 1906[14]