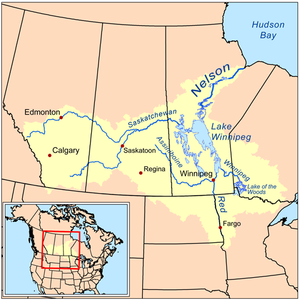 La Verendrye explored the area from Lake Superior to the mouth of the Saskatchewan River. He also reached North Dakota and his sons reached Wyoming.

Pierre Gaultier de Varennes, sieur de La Vérendrye (November 17, 1685 – December 5, 1749) was a French Canadian military officer, fur trader and explorer. In the 1730s he and his four sons opened up the area west of Lake Superior and thus began the process that added Western Canada to the original New France in the Saint Lawrence basin. He was also the first known European to reach North Dakota and the upper Missouri River. In the 1740s two of his sons crossed the prairie as far as Wyoming and were the first Europeans to see the Rocky Mountains north of New Mexico.

Born in Trois-Rivières, Quebec, Pierre was the youngest son of René Gaultier de Varennes, who came to Canada as a soldier in 1665, and Marie, the daughter of Pierre Boucher, the first Governor of Trois-Rivières. The Gaultier family were minor nobility or landowners and came from the Anjou area of France. Varennes and La Vérendrye were two of their estates.

Pierre's father died when he was six and he was educated at the Jesuit seminary in Quebec. At the age of 14 he received a cadet’s commission in the colonial regulars. In 1704 and 1705 he took part in Queen Anne's War and was present at the Raid on Deerfield. This involved a 300-mile journey through the wilderness to attack the inhabitants of a sleeping village. The next year he participated in an unsuccessful attack on St. John's, Newfoundland.

At 22 years of age, he enlisted in the French Army, fought in Flanders during the War of the Spanish Succession and was seriously wounded at the Battle of Malplaquet. After recovering from his injuries and being paroled as a prisoner of war, Gaultier returned to Canada and married in 1712. For the next 15 years he supported his family by farming and fur-trading along the Saint Lawrence. 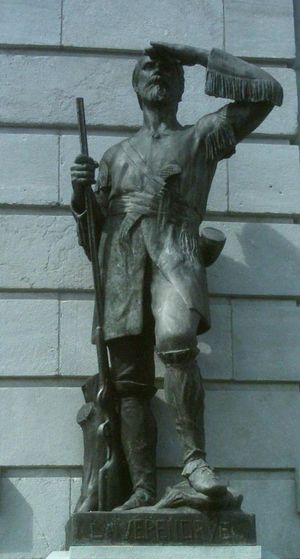 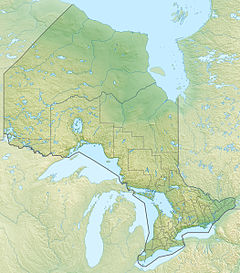 Michilimackinac 1715
Yellow: Founded by Verendrye and his sons 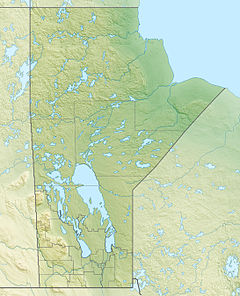 In 1726 his fortunes changed when his brother Jacques-René was appointed commander of the poste du Nord. This was the north shore of Lake Superior with three main posts: Fort Kaministiquia which became the start of the main route west; a post at the mouth of the Nipigon River and one near Wawa, Ontario which had river connections to James Bay. Pierre began trading in the area and in 1728 became commandant when his brother left to fight the Fox Indians. Here he became involved with the quest for a route to the Pacific. The 1713 Treaty of Utrecht had given Hudson Bay to the English and thereby blocked the French from any possible northwest passage. At this time it was thought that not far to the west was an inlet from the Pacific called the mer du couchant similar to the equally mythical Strait of Annian. Further it was thought that one could cross the height of land and find a River of the West that flowed into the Pacific. (For the area to be explored see Early Canadian canoe routes, Nelson River Basin). In 1688 Jacques de Noyon had reached Rainy Lake. In 1717 Zacharie Robutel de La Noue tried to reach Rainy Lake but only succeeded in establishing Fort Kaministiquia. The English on Hudson Bay heard reports of coureurs des bois west of Lake Superior, but they left no records in the French archives. Morton[1] thinks they may have gotten as far as Lake Winnipeg. In 1716 a memoir drawn up by Governor Vaudreuil showed lakes and portages as far as Lake of the Woods from which flowed a river to the Sea of the West.[2] This implies that there had been Frenchmen west of Lake Superior before Vérendrye. La Vérendrye questioned the Indians who came to trade. He learned of the Mandan country on the upper Missouri. These people were described as white men who lived in big houses. A Cree guide, Auchagah, made a map of the canoe routes between Lake Superior and Lake Winnipeg based on his and other Cree experience.[3] La Vérendrye judged correctly that Lake Winnipeg was the geographic key which must be reached to allow further exploration.

In 1730 he met Governor Beauharnois at Quebec and worked out a plan. La Vérendrye would build a post on Lake Winnipeg. The expedition would be paid for by Quebec merchants who hoped to profit from the resulting fur trade. This method of finance later caused problems because the merchants lacked the capital and organization to efficiently move supplies so far to the west. An additional goal was to divert furs away from the English on Hudson Bay. In the absence of government funds the fur trade was necessary to pay for the exploration. It is not clear whether La Verendrye was genuinely interested in exploration or whether exploration was a pretext for expansion of the fur trade. Maurepas, the French Minister of Marine, was very interested in exploration, but would not provide funds. The French-Canadians, naturally, were interested in the fur trade.

In 1731 La Verendrye, three of his sons and 50 engagés left Montreal. That autumn his son Jean-Baptiste built Fort St. Pierre on Rainy Lake. Next year they built Fort St. Charles on Lake of the Woods which became his headquarters for the next several years. In 1733 Jean-Baptiste got within 20 miles of Lake Winnipeg, but was blocked by ice and lack of supplies. In 1734 Lake Winnipeg was reached and Jean-Baptiste built Fort Maurepas (Canada) near the mouth of the Red River at the southern end of the lake. In 1734 La Verendrye went to Quebec to reorganize the finances and returned the following spring. In 1735 over half the beaver pelts reaching Quebec came from La Verenedrye's posts. By 1736 it was clear that the supply system was not working and Jean-Baptiste was forced to go to Lake Superior for supplies. He and eighteen other Frenchmen were killed by the Sioux at a place called Massacre Island on Lake of the Woods. La Verendrye restrained the local Cree from a war of revenge in order to protect the fur trade. In 1737 La Verendrye returned to Quebec on business.

In Paris Maurepas was pushing for more exploration. By this time there were two candidates for the 'River of the West'. The correct one was the Saskatchewan River which flows east into Lake Winnipeg. The other was the Missouri River in the Mandan country in what is now North Dakota. The Mandans were said to live in big houses and resemble Frenchmen. La Verendrye picked the Missouri. In September 1738 he reached Fort Maurepas on Lake Winnipeg and ascended the Assiniboine River to Portage la Prairie where he built Fort La Reine just south of Lake Manitoba (October 1738). Joining a large band of Assiniboins, he pushed southwest across the prairie and reached a Mandan village probably somewhere near the modern New Town, North Dakota about 70 miles east of the Montana border. Oddly, he did not push on to the Missouri, but sent his son Louis-Joseph to do it for him. In order to get rid of their numerous Assiniboine guests, the Mandans claimed that there was a Sioux war party in the area. The Assiniboines fled, taking with them the Cree interpreter. Unable to talk to the Mandans, he left two Frenchmen to learn the language and returned to Fort La Reine (January 1739).

In 1740 he returned to Quebec on business and in 1741 started on his fourth and last journey west. From Fort La Reine he sent his son Louis-Joseph exploring westward as far as, probably, the Big Horn Mountains of Wyoming (1742–43). (See: Verendrye brothers' journey to the Rocky Mountains) He worked to consolidate his hold on the chain of lakes that looks like a single lake west of Lake Winnipeg, establishing Fort Dauphin (Manitoba), Fort Bourbon and Fort Paskoya. Back in France, Maurepas was growing increasing irritated with La Verendrye, who he thought was trading in furs when he should be exploring. In 1742 Maurepas suggested that he be replaced and in 1743 La Verendrye resigned. He returned to New France and led the life of a gentleman while doing a considerable business since his sons remained in the west. In 1746 he was reappointed to his old post. He was planning a fifth expedition, this time up the Saskatchewan River, when he died on December 5 1749. Shortly before his death he was awarded the Order of Saint Louis.[4]

Map of canoe routes west of Lake Superior, drawn by Auchagah for La Vérendrye in 1728 or 1729. It shows the two routes from Lake Superior (Grand Portage and Kaministiquia River) and exaggerated Lake of the Woods and a distorted Lake Winnipeg

From 1744 to 1746 La Vérendrye's position in the west was held by Nicolas-Joseph de Noyelles de Fleurimont who accomplished little. After the elder La Verendrye's death the new governor Jonquière forced his sons out of their father's patrimony and control of the west was given to Jacques Legardeur de Saint-Pierre (1750–53). He built Fort La Jonquière somewhere on the Saskatchewan, but failed in an attempt to ascend that river. He was followed by Louis de la Corne, Chevalier de la Corne (1753-1756). He built Fort de la Corne on the Saskatchewan. In 1756 the western command was given to Louis-Joseph Gaultier de La Vérendrye, but he was unable to travel to the west. During the French and Indian War (1754-1763) the western posts were gradually abandoned. With the end of the war control passed to the English. 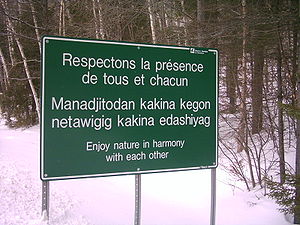