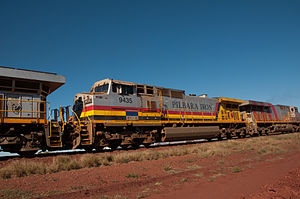 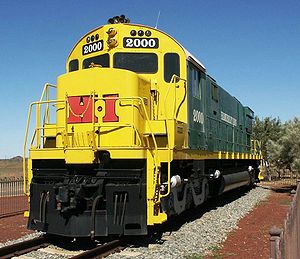 All of these companies are involved in the mining of iron ore, predominantly from the Pilbara region of Western Australia.

In 2004, Rio Tinto announced that Robe and Hamersley would start merging operations under the new Pilbara Iron entity.[2] The concept had been tested by the formation of Pilbara Rail in 2001, which generated more than $16 million in savings. Pilbara Rail was folded into Pilbara Iron in 2005.[3] Each company continues to market products separately and retains ownership and profits from the underlying mines, as well as strategic development of their own mineral resources.[4]

All iron ore mined at the sites is transported on the Hamersley & Robe River railway, one of the world's largest privately owned railroads to either the port of Dampier, Western Australia or Cape Lambert near Wickham, Western Australia. From there the ore is shipped across the world, with China and Japan the largest markets as of 2007.[5]

The film Red Dog, based on stories about an actual wandering dog of the Pilbara region, was made at Hamersley Iron locations.