The Pittsburgh Film Office (PFO) is a non-profit 501(c)3 corporation dedicated to economic development in the Pittsburgh and southwestern Pennsylvania region. Created in 1990, the mission of the PFO is to attract film production projects to the greater Southwestern Pennsylvania region; provide information on the region, locations, vendors and crew; and to coordinate government and business offices in support of production. In addition, the film office is a conduit for information, providing assistance to local filmmakers and the local film industry throughout Allegheny County and the designated ten county region.[1]

Since its creation, the Film Office has assisted with 102 major feature and television projects, and claims an economic impact of more than $575 million in southwestern Pennsylvania.[1] In 2007, the Film Office played a major role in supporting of the Pennsylvania Film Tax Credit, a program that allows a 25% tax credit to productions that spend at least 60% of the production budget in the Commonwealth. This tax credit has been a decisive factor in bringing the filming of several recent movies to the state.[2]

The Pittsburgh Film Office is a member of the Association of Film Commissioners International. 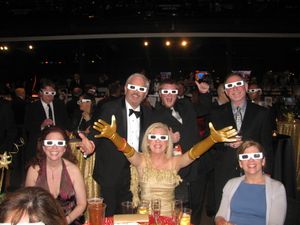 The 2011 "Pittsburgh Stars" video was broadcast in 3D. Over 900 people gathered to watch the live telecast of the Academy Awards at Stage AE. Six local salons styled models based on nominated films and graced the stage during a live fashion presentation. More than 160 items were featured in the silent auction.[4] 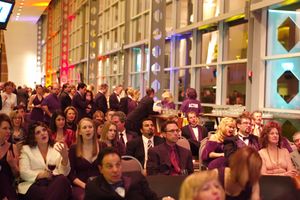 Guests of the 2007 event at Heinz Field