Pleasant Hills is a borough in Allegheny County, Pennsylvania, United States. As of the 2010 census, the population was 8,268.[1]

According to the United States Census Bureau, the borough has a total area of 2.7 square miles (7.0 km2), all of it land.

Pleasant Hills is served by the West Jefferson Hills School District, which serves Jefferson Hills (formerly Jefferson Borough), West Elizabeth, and Pleasant Hills boroughs, in addition to some students in the borough of Finleyville. In 2006, the district was ranked 9th out of 106 public school districts in western Pennsylvania by the Pittsburgh Business Times.[9] The school was also ranked 18th overall out of 501 public school districts in the state of Pennsylvania. Pleasant Hills is a thriving community that boasts low crime and high community involvement. The Pleasant Hills Volunteer Fire Company is run by Chief Randy Porter.

The district consists of six schools: Jefferson, McClellan, and Gill Hall elementaries, which all serve grades K-5; Pleasant Hills Middle School, which houses grades 6-8; Thomas Jefferson High School, which serves grades 9-12; and Steel Center Area VoTech, a technical/vocational education center. Each of the schools' official colors are Black and Yellow, for the PIAAL winning football team, the TJ Jaguars. Students attend one of the three elementary schools based on home address, with McClellan Elementary and Jefferson Elementary each getting about half of the Pleasant Hills-based students. As of at least 2007, the elementary schools are without a vice principal due to the promotion of the previous vice principal (Michael Turek) to the middle school. 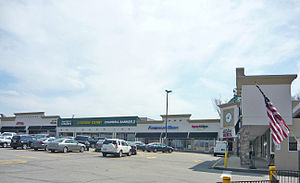