From Infogalactic: the planetary knowledge core
Jump to: navigation, search
This article is about polyandrous marriage practices. For polyandrous animal mating, see polyandry in nature.

Polyandry (/ˈpɒliˌændri, ˌpɒliˈæn-/; from Greek: πολυ- poly-, "many" and ἀνήρ anēr, "man") involves marriage that includes more than two partners and can fall under the broader category of polyamory.[1][2] More specifically, it is a form of polygamy whereby a woman takes two or more husbands at the same time. Polyandry is contrasted with polygyny, involving one male and two or more females. If a marriage involves a plural number of "husbands and wives" participants of each gender, then it can be called polyamory,[3] group or conjoint marriage.[2] In its broadest use, polyandry refers to sexual relations with multiple males within or without marriage.

Of the 1,231 societies listed in the 1980 Ethnographic Atlas, 186 were found to be monogamous; 453 had occasional polygyny; 588 had more frequent polygyny; and 4 had polyandry.[4] Polyandry is less rare than this figure which listed only those examples found in the Himalayan mountains (28 societies). More recent studies have found more than 50 other societies practicing polyandry.[5]

Fraternal polyandry was traditionally practiced among Tibetans in Nepal, parts of China and part of northern India, in which two or more brothers are married to the same wife, with the wife having equal "sexual access" to them.[6] It is associated with partible paternity, the cultural belief that a child can have more than one father.[5]

Polyandry is believed to be more likely in societies with scarce environmental resources, as it is believed to limit human population growth and enhance child survival.[7] It is a rare form of marriage that exists not only among poor families, but also the elite.[8] For example, polyandry in the Himalayan mountains is related to the scarcity of land; the marriage of all brothers in a family to the same wife allows family land to remain intact and undivided. If every brother married separately and had children, family land would be split into unsustainable small plots. In Europe, this was prevented through the social practice of impartible inheritance (i.e. disinheriting most siblings, many of whom then became celibate monks and priests).[9]

In the Indian Himalayas, polyandry may be combined with polygyny to produce a system termed "polygynandry". The system results in less land fragmentation, a diversification of domestic economic activities, and lower population growth.[10]

Fraternal polyandry (from the Latin frater—brother), also called adelphic polyandry, is a form of polyandry in which a woman is married to two or more men who are one another's brothers. Fraternal polyandry is found in certain areas of Tibet and Nepal,[11] where polyandry is accepted as a social practice.[12] The Toda people of southern India practice fraternal polyandry, but monogamy has become prevalent recently.[13] In contemporary Hindu society, polyandrous marriages in agrarian societies in the Malwa region of Punjab seem to occur to avoid division of farming land.[14]

Fraternal polyandry achieves a similar goal to that of primogeniture in 19th-century England. Primogeniture dictated that the eldest son inherited the family estate, while younger sons had to leave home and seek their own employment. Primogeniture maintained family estates intact over generations by permitting only one heir per generation. Fraternal polyandry also accomplishes this, but does so by keeping all the brothers together with just one wife so that there is only one set of heirs per generation.[15] This strategy appears less successful the larger the fraternal sibling group.[16]

Some forms of polyandry appear to be associated with a perceived need to retain aristocratic titles or agricultural lands within kin groups, and/or because of the frequent absence, for long periods, of a man from the household. In Tibet the practice was particularly popular among the priestly Sakya class.

An extreme gender imbalance has been suggested as a justification for polyandry. For example, the selective abortion of female fetuses in India has led to a significant margin in sex ratio and, it has been suggested, results in related men "sharing" a wife.[17]

Anthropologist Stephen Beckerman points out that at least 20 tribal societies accept that a child could, and ideally should, have more than one father, referring to it as "partible paternity."[18] This often results in the shared nurture of a child by multiple fathers in a form of polyandric relation to the mother, although this is not always the case.[19] One of the most well known examples is that of Trobriand "virgin birth." The matrilineal Trobriand Islanders recognize the importance of sex in reproduction but do not believe the male makes a contribution to the constitution of the child, who therefore remains attached to their mother's lineage alone. The mother's non-resident husbands are not recognized as fathers, although the mother's co-resident brothers are, since they are part of the mother's lineage.

Polyandry in Tibet was a common practice and continues to a lesser extent today. In Tibet, polyandry has been outlawed since the Chinese takeover of the area, so it is difficult to measure the incidence of polyandry in what may have been the world's most polyandrous society.[20] Polyandry in India still exists among minorities, and also in Bhutan, and the northern parts of Nepal. Polyandry has been practised in several parts of India, such as Rajasthan, Ladakh and Zanskar, in the Jaunsar-Bawar region in Uttarakhand, among the Toda of South India.[20]

It also occurs or has occurred in Nigeria, the Nymba,[20][clarification needed] and some pre-contact Polynesian societies,[21] though probably only among higher caste women.[22] It is also encountered in some regions of Yunnan and Sichuan regions of China, among the Mosuo people in China, and in some sub-Saharan African such as the Maasai people in Kenya and northern Tanzania[23] and American indigenous communities. The Guanches, the first known inhabitants of the Canary Islands, practiced polyandry until their disappearance.[24] The Zo'e tribe in the state of Pará on the Cuminapanema River, Brazil, also practice polyandry.[25] 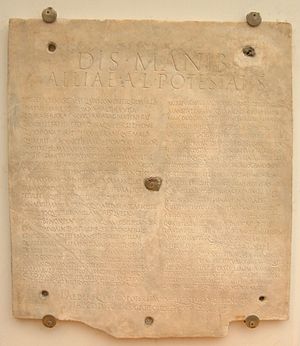 According to inscriptions describing the reforms of the Sumerian king Urukagina of Lagash (ca. 2300 BC), the former custom of polyandry in his country was abolished, on pain of the woman taking multiple husbands being stoned with rocks upon which her crime is written.[55]

File:2716 PandavaDraupadifk.jpg.jpg
Draupadi with her five husbands - the Pandavas. The central figure is Yudhishthira; the two to his left are Bhima and Arjuna . Nakula and Sahadeva, the twins, are to his right. Their wife, at far right, is Draupadi. Deogarh, Dasavatar temple.

Polyandrous relations are disapproved of in most expressions of Hinduism.[56] There is at least one reference to polyandry in the ancient Hindu epic Mahabharata. Draupadi was forced to marry the five Pandava brothers. This ancient text remains largely neutral to the concept of polyandry, accepting this as her way of life.[57] However, in the same epic, when questioned by Kunti to give an example of polyandry, Yudhishthira cites Gautam-clan Jatila (married to seven Saptarishis) and Hiranyaksha's sister Pracheti (married to ten brothers), thereby implying a more open attitude toward polyandry in Vedic society.[58]

The Hebrew Bible contains no examples of women married to more than one man,[59][60] but its description of adultery clearly implies that polyandry is unacceptable[61][62] and the practice is unknown in Jewish tradition.[63][64] In addition, the children from other than the first husband are considered illegitimate, unless he has already divorced her or died (i.e., a mamzer),[65] being a product of an adulterous relationship.

Islam prohibits polyandry for free women, but the Quran states that men are allowed to marry women who are already married, if they own them.[66] Nikah Ijtimah was a pagan tradition of polyandry in older Arab which was condemned and eradicated by Islam.[67]

For an example of polyandry in biology, see Gryllus bimaculatus, Drosophila pseudoobscura, and House Mouse.