Polyethylene glycol (PEG) is a polyether compound with many applications from industrial manufacturing to medicine. The structure of PEG is (note the repeated element in parentheses):

PEG is also known as polyethylene oxide (PEO) or polyoxyethylene (POE), depending on its molecular weight.

PEG, PEO, or POE refers to an oligomer or polymer of ethylene oxide. The three names are chemically synonymous, but historically PEG is preferred in the biomedical field, whereas PEO is more prevalent in the field of polymer chemistry. Because different applications require different polymer chain lengths, PEG has tended to refer to oligomers and polymers with a molecular mass below 20,000 g/mol, PEO to polymers with a molecular mass above 20,000 g/mol, and POE to a polymer of any molecular mass.[2] PEG and PEO are liquids or low-melting solids, depending on their molecular weights. PEGs are prepared by polymerization of ethylene oxide and are commercially available over a wide range of molecular weights from 300 g/mol to 10,000,000 g/mol. While PEG and PEO with different molecular weights find use in different applications, and have different physical properties (e.g. viscosity) due to chain length effects, their chemical properties are nearly identical. Different forms of PEG are also available, depending on the initiator used for the polymerization process – the most common initiator is a monofunctional methyl ether PEG, or methoxypoly(ethylene glycol), abbreviated mPEG. Lower-molecular-weight PEGs are also available as purer oligomers, referred to as monodisperse, uniform, or discrete. Very high purity PEG has recently been shown to be crystalline, allowing determination of a crystal structure by x-ray diffraction.[3] Since purification and separation of pure oligomers is difficult, the price for this type of quality is often 10–1000 fold that of polydisperse PEG.

PEGylation is the act of covalently coupling a PEG structure to another larger molecule, for example, a therapeutic protein, which is then referred to as a PEGylated protein. PEGylated interferon alfa-2a or −2b are commonly used injectable treatments for hepatitis C infection.

PEG is soluble in water, methanol, ethanol, acetonitrile, benzene, and dichloromethane, and is insoluble in diethyl ether and hexane. It is coupled to hydrophobic molecules to produce non-ionic surfactants.[4]

PEGs contain potential toxic impurities, such as ethylene oxide and 1,4-dioxane. Ethylene Glycol and its ethers are nephrotoxic if applied to damaged skin.[5] 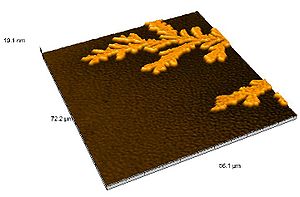 Polyethylene glycol (PEG) and related polymers (PEG phospholipid constructs) are often sonicated when used in biomedical applications. However, as reported by Murali et al., PEG is very sensitive to sonolytic degradation and PEG degradation products can be toxic to mammalian cells. It is, thus, imperative to assess potential PEG degradation to ensure that the final material does not contain undocumented contaminants that can introduce artifacts into experimental results.[6]

PEGs and methoxypolyethylene glycols are manufactured by Dow Chemical under the tradename Carbowax for industrial use, and Carbowax Sentry for food and pharmaceutical use. They vary in consistency from liquid to solid, depending on the molecular weight, as indicated by a number following the name. They are used commercially in numerous applications, including as surfactants, in foods, in cosmetics, in pharmaceutics, in biomedicine, as dispersing agents, as solvents, in ointments, in suppository bases, as tablet excipients, and as laxatives. Some specific groups are lauromacrogols, nonoxynols, octoxynols, and poloxamers.

Macrogol, used as a laxative, is a form of polyethylene glycol. The name may be followed by a number which represents the average molecular weight (e.g. macrogol 4000, macrogol 3350 or macrogol 6000).

Polyethylene glycol is produced by the interaction of ethylene oxide with water, ethylene glycol, or ethylene glycol oligomers.[7] The reaction is catalyzed by acidic or basic catalysts. Ethylene glycol and its oligomers are preferable as a starting material instead of water, because they allow the creation of polymers with a low polydispersity (narrow molecular weight distribution). Polymer chain length depends on the ratio of reactants.

Depending on the catalyst type, the mechanism of polymerization can be cationic or anionic. The anionic mechanism is preferable because it allows one to obtain PEG with a low polydispersity. Polymerization of ethylene oxide is an exothermic process. Overheating or contaminating ethylene oxide with catalysts such as alkalis or metal oxides can lead to runaway polymerization, which can end in an explosion after a few hours.

Polyethylene oxide, or high-molecular weight polyethylene glycol, is synthesized by suspension polymerization. It is necessary to hold the growing polymer chain in solution in the course of the polycondensation process. The reaction is catalyzed by magnesium-, aluminium-, or calcium-organoelement compounds. To prevent coagulation of polymer chains from solution, chelating additives such as dimethylglyoxime are used.

PEG is the basis of a number of laxatives (e.g., macrogol-containing products, such as Movicol and polyethylene glycol 3350, or SoftLax, MiraLAX, ClearLAX, Osmolax, or GlycoLax). Whole bowel irrigation with polyethylene glycol and added electrolytes is used for bowel preparation before surgery or colonoscopy. The preparation is also sold under the brand names ClearLax, CoLyte, Fortrans, GaviLyte C, GlycoLax, GoLYTELY, Halflytely, Lax-a-Day, MoviPrep, NuLytely, Softlax, and TriLyte. In the United States, MiraLAX and Dulcolax Balance are sold without prescription for short-term relief of chronic constipation. Therapeutic classification is as an Osmotic Laxative that works by drawing water into the lumen of the intestinal tract. Shown to decrease consistency and increase weight of stool in constipated patients at low doses.[8]

Miralax is currently FDA approved for adults for a period of seven days, and is not approved for children.[9] A 2007 comparison showed that patients suffering from constipation had a better response to PEG medications than to tegaserod.[10] These medications soften the fecal mass by osmotically drawing water into the GI tract. It is generally well tolerated; however, possible side effects are bloating, nausea, gas, and diarrhea (with excessive use). 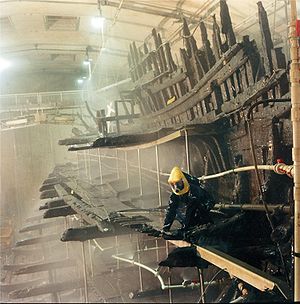