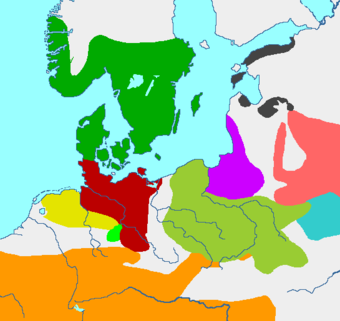 The Pomeranian culture, also Pomeranian or Pomerelian Face Urn culture[1] was an Iron Age culture with origins in Pomerania (which later became a part of northern Germany/Poland) from the 7th century BC to the 3rd century BC, which eventually covered most of today's Poland.

About 650 BC, it evolved from the Lusatian culture between the lower Vistula and Parseta rivers,[2] and subsequently expanded southward. Between 200 and 150 BC, it was succeeded by the Oksywie culture in eastern Pomerania and the Przeworsk culture at the upper Vistula and Oder rivers.[3]

The Pomeranian culture developed in Western Pomerania covering the entire range of Odra and Vistula basin. It has been sometimes associated with the Bastarnae. The original homeland of the Bastarnae remains uncertain. Babeş and Shchukin argue in favour of an origin in eastern Pomerania on the Baltic coast of northwestern Poland, on the grounds of correspondences in archaeological material e.g. a Pomeranian-style fibula found in a Poieneşti site in Moldavia.[4]

The most characteristic feature was the use of burial urns with faces. The urns were often contained in stone cists. The face-urns have lids in the form of hats, often miniature ear-rings of real bronze are added. The faces are sometimes modelled very naturalistically, and no two urns show the same face. Incised drawings on the urns show hunting scenes, chariot races or riders. Brooches of Certoza-type and necklaces of multiple bronze rings are typical examples of metal work.

A related culture of the same age was the House Urn culture in central Germany.[5] 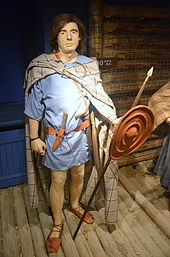 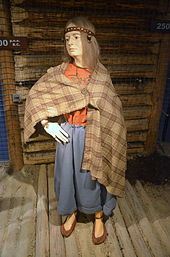 Antenna sword of the Hallstatt period (c. 8th century BC), found near Kraków

In the later Iron Age, the Pomeranian culture spread southward, into areas formerly belonging to the Lusatian, Wysoko- and Milograd cultures. In Masovia and Poland this mixture led to the development of the group with bell-shaped burials.