Little is known of the origins of Jacques Fournier. He is believed to have been born in Canté in the Comté de Foix around the 1280s to a family of modest means. He became a Cistercian[2] monk and left the countryside to study at the University of Paris. In 1311 he was made Abbot of Fontfroide Abbey and quickly became known for his intelligence and organizational ability. In 1317 he was made Bishop of Pamiers. There he undertook a rigorous hunt for Cathar heretics,[3] such as Guillaume Bélibaste, which won him praise from religious authorities, but alienated the local people.

His efforts against the Cathars of Montaillou in the Ariège were carefully recorded in the Fournier Register, which he took to Rome and deposited in the Vatican Library.[4] His transcription was edited by Jean Duvernoy and has been documented by Emmanuel Le Roy Ladurie's pioneering microhistory, Montaillou, village occitan.

In 1326, upon the successful rooting out of the last – it was believed – heretics of the south, he was made Bishop of Mirepoix in the Ariège, and, a year later, in 1327, he was made a cardinal.

Fournier's accession to the Papacy

Fournier succeeded Pope John XXII as Pope in 1334, being elected on the first ballot of the papal conclave. A common practice at the time was for Cardinals to vote for a Cardinal who was not considered a real possibility for the papacy on the first ballot, in order to see how the other Cardinals were leaning. However, this time, over two-thirds of the Cardinals independently voted for Fournier. The Cardinals had not planned this, so the accession of the obscure Fournier on the first ballot was an entirely accidental affair.[5]

Benedict XII was a reforming pope who did not carry out the policies of his predecessor. He chose to make peace with Holy Roman Emperor Louis IV, and as far as possible came to terms with the Franciscans, who were then at odds with the Roman See. He tried to curb the luxuries of the monastic orders, though without much success. He also ordered the construction of the Palais des Papes in Avignon.

Benedict spent most of his time working on questions of theology. He rejected many of the ideas developed by John XXII. In this regard, he promulgated an apostolic constitution, Benedictus Deus, in 1336. This dogma defined the Church's belief that the souls of the departed go to their eternal reward immediately after death, as opposed to remaining in a state of unconscious existence until the Last Judgment.[6][7] Though some claim that he campaigned against the Immaculate Conception, this is far from clear. He engaged in long theological debates with other noted figures of the age, such as William of Ockham and Meister Eckhart.

Though born a Frenchman, Benedict felt no patriotism towards France nor her king, Philip VI.[2] From the start of his papacy, relations between him and Philip were frigid.[2] After being informed of Philip's plan to invade Scotland, Benedict hinted that Edward III, King of England would most likely win, regardless.[2] 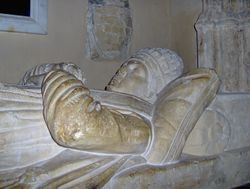 A note on the numbering: Pope Benedict X is now considered an antipope. At the time of Benedict's election, however, this status was not recognized, thus the man the Roman Catholic Church officially considers the eleventh true Pope Benedict took the official number XII, rather than XI. This has advanced the numbering of all subsequent Popes Benedict by one. Popes Benedict XI-XVI are, from an official point of view, the tenth through fifteenth popes by that name.[citation needed] ]

God's Jury, - The Inquisition and the Making of the Modern World, Cullen Murphy, 2012