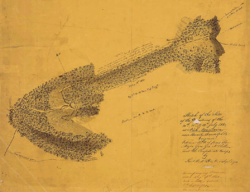 The American Civil War (1861–1865) was a sectional rebellion against the United States of America by the Confederate States, formed of eleven southern slave states' governments which moved to secede from the Union after the 1860 election of Abraham Lincoln as President of the United States. The Union's victory was eventually achieved by leveraging advantages in population, manufacturing and logistics and through a strategic naval blockade denying the Confederacy access to the world's markets.

In many ways, the conflict's central issues – the enslavement of African Americans, the role of constitutional federal government, and the rights of states  – are still not completely resolved. Not surprisingly, the Confederate army's surrender at Appomattox on April 9, 1865 did little to change many Americans' attitudes toward the potential powers of central government. The passage of the Thirteenth, Fourteenth and Fifteenth amendments to the Constitution in the years immediately following the war did not change the racial prejudice prevalent among Americans of the day; and the process of Reconstruction did not heal the deeply personal wounds inflicted by four brutal years of war and more than 970,000 casualties – 3 percent of the population, including approximately 560,000 deaths. As a result, controversies affected by the war's unresolved social, political, economic and racial tensions continue to shape contemporary American thought. The causes of the war, the reasons for the outcome, and even the name of the war itself are subjects of much discussion even today.

Following Abraham Lincoln's election in 1860, Florida joined other Southern states in seceding from the Union. Secession took place January 10, 1861, and, after less than a month as an independent republic, Florida became one of the founding members of the Confederate States of America. Although the vote to secede passed 62-7, there was a relatively large and vocal pro-Union and anti-Confederate minority in the state, an element that grew as the war progressed.

Florida being an important supply route for the Confederate Army, Union forces operated a blockade around the entire state. Union troops occupied major ports such as Cedar Key, Jacksonville, Key West, and Pensacola. Confederate forces moved quickly to seize control of many of Florida's U.S. Army forts, succeeding in most cases with the significant exceptions of Fort Zachary Taylor and Fort Pickens, which stayed firmly in Federal control throughout the war.

Overall, the state raised some 15,000 troops for the Confederacy, which were organized into twelve regiments of infantry and two of cavalry, as well as several artillery batteries and supporting units. Since neither army aggressively sought control of Florida, many of Florida's best home-raised troops instead serving in Virginia in the Army of Northern Virginia under Brig. Gen. Edward A. Perry and Col. David Lang. The "Florida Brigade" fought with distinction in many of Robert E. Lee's campaigns, and twice charged Cemetery Ridge during the Battle of Gettysburg, including supporting Pickett's Charge.

Caleb Blood Smith (April 16, 1808 – January 7, 1864) was an American journalist and politician, serving in the Cabinet of Abraham Lincoln during the American Civil War. Born in Boston, Massachusetts, he emigrated with his parents to Ohio in 1814, was educated at Cincinnati College and Miami University, studied law in Cincinnati and in Connersville, Indiana, and was admitted to the bar in 1828. He began practice at the latter place, established and edited the Sentinel in 1832, served several terms in the Indiana legislature, and was in the United States Congress in 1843–1849, having been elected as a Whig. During his congressional career, he was one of the Mexican claims commissioners. He returned to the practice of law in 1850, residing in Cincinnati and subsequently in Indianapolis. He was influential in securing the nomination of Abraham Lincoln for the presidency at the Chicago Republican National Convention in 1860.

Lincoln appointed Smith as the United States Secretary of the Interior in 1861 as a reward for his work in the presidential campaign. He was the first citizen of Indiana to hold a Presidential Cabinet position. However, Smith had little interest in the job and, with declining health, delegated most of his responsibilities to Assistant Secretary of the Interior John Palmer Usher. In 1862, he was interested in the empty seat in the United States Supreme Court vacated by John Archibald Campbell's resignation the previous year. However, Lincoln nominated David Davis for the position instead. After Smith resigned in December 1862 as the result of his discord with the Emancipation Proclamation, Usher became Secretary. Smith went home to become the United States circuit judge for Indiana. He died January 7, 1864, from his ill health. President Lincoln ordered that government buildings be draped in black for two weeks in a sign of mourning for Smith's death. 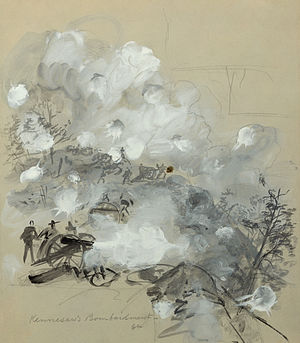 An illustration of the Battle of Kennesaw Mountain, a battle in the Atlanta Campaign