The Republic of Belarus is a landlocked nation-state in Eastern Europe, which borders Latvia, Lithuania, Poland, Russia and Ukraine. Its capital city is Minsk, and other important cities include Brest, Hrodna (Grodno), Homel (Gomel'), Mahilyow (Mogilev) and Vitsebsk (Vitiebsk).

Throughout much of history, the area which is now known as Belarus was part of various countries including Grand Duchy of Lithuania, the Polish–Lithuanian Commonwealth and the Russian Empire. In 1918 the country declared independence as the Belarusian National Republic, since 1919 as the Bolsheviks took over Belarus it was known as the Byelorussian SSR. Eventually, in 1922, Belarus became a republic in the Soviet Union. The republic officially declared its sovereignty on 27 August 1990, and following the collapse of the Soviet Union, declared independence as the Republic of Belarus on 25 August 1991. Since 1994, amidst allegations of human rights violations and autocracy, Alexander Lukashenko has been the nation's president. As a consequence, Belarus has been excluded from joining the Council of Europe. The country also continues to suffer from the effects of nuclear fallout from the 1986 Chernobyl accident, which took place in neighboring Ukraine. Belarus is also in negotiations with neighboring Russia to integrate both of their economies, among other things, in a plan called the Union of Russia and Belarus.

Officially, the country is known as the Republic of Belarus (Belarusian: Рэспубліка Беларусь, Łacinka: Respublika Biełaruś; Russian: Республика Беларусь, Respublika Belarus), while the short name is Belarus (Беларусь, Biełaruś, Беларусь). The earlier name "Belorussia" (Белоруссия) can still be found in use, although mainly in historical contexts. Some consider the use of "Belorussian" derogatory, with its direct implication of Russification. The name has incorrectly been translated as "White Russia", a name that refers to a separate region. 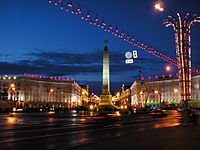 Minsk (Belarusian: Мінск /mʲinsk/; Russian: Минск /mʲinsk/), is the capital and largest city of Belarus, situated on the Svislach and Nyamiha rivers. Minsk is also a headquarters of the Commonwealth of Independent States (CIS). As the national capital, Minsk has a special administrative status in Belarus and is also the administrative centre of Minsk voblast (province) and Minsk raion.

The earliest references to Minsk date to the 11th century (1067). In 1242, Minsk became a part of the Grand Duchy of Lithuania, and it received its town privileges in 1499. From 1569, it was a capital of the Minsk Voivodeship in the Polish–Lithuanian Commonwealth. It was annexed by Russia in 1793, as a consequence of the Second Partition of Poland. From 1919–1991, Minsk was the capital of the Byelorussian SSR. 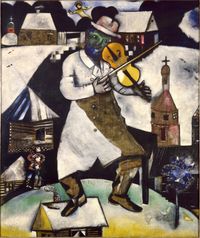 Template:/box-header This page was created under the influence of Portal:Russia/New article announcements. It is created for everyone interested in Belarus-related articles to notice everything new.