The peninsula that became "Brittany" was a centre of ancient megalithic constructions in the Neolithic era. It has been called the "core area" of megalithic culture. It later became the territory of several Celtic tribes, of which the most powerful was the Veneti. After Caesar's conquest of Gaul, the area became known to the Romans as Armorica, from the Celtic term for "coastal area". Its transformation into "Brittany" occurred in the late Roman period, with the establishment of Brythonic settlement in the area. The history behind such an establishment is unclear, but medieval Breton and Welsh sources connect it to a figure known as Conan Meriadoc. Welsh literary sources assert that Conan came to Armorica with the Roman usurper Magnus Maximus, who took his British troops to Gaul to enforce his claims and settled them in Armorica. Regardless of the truth of this story, Brythonic settlement probably increased during the Anglo-Saxon invasion of Britain in the 5th century. Scholars such as Léon Fleuriot have suggested a two-wave model of migration from Britain which saw the emergence of an independent Breton people and established the dominance of the Brythonic (British Celtic) Breton language in Armorica.

In the mid-9th century Nominoe and his successors won a series of victories over the Franks which secured an independent Duchy of Brittany. In the High Middle Ages the Duchy was sometimes allied to England and sometimes to France. The pro-English faction was victorious in 1364 in the Breton War of Succession, but the independent Breton army was eventually defeated by the French in 1488, leading to dynastic union with France following the marriage of Duchess Anne of Brittany to two kings of France in succession. In 1532 the Duchy was incorporated into France. 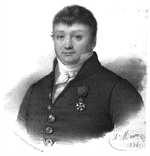 Surcouf started his career as a sailor and officer on the slave ships Aurore, Courrier d'Afrique and Navigateur. Having risen to Captain, and in spite of the prohibition of slave trading by the National Convention in 1793, he engaged in the business himself as a captain on Créole. He then captained the merchantman Émilie, on which he engaged in commerce raiding despite lacking a lettre de marque. He preyed on British shipping, famously capturing the East Indiaman Triton, before returning to Mauritius, where his prizes were confiscated. He then returned to France, where he obtained prize money from the government.

Returning to the Indian Ocean, Surcouf captained the privateers Clarisse and Confiance, raiding British, American and Portuguese merchantmen. He famously captured the East Indiaman Kent on 7 October 1800. On his return to France he was awarded the Legion of Honour and settled as a ship-owner.

He briefly returned to the Indian Ocean in 1807 on the custom-built Revenant before returning to France. There, he armed privateers and merchantmen. His privateers led successful campaigns in the Indian Ocean and disastrous ones in the English Channel, except for Renard which achieved fame in her victory over HMS Alphea on 9 September 1812. After the Bourbon restoration, he organised fishing expeditions to Terre-Neuve and amassed a considerable fortune. He died in 1827 and is buried in a graveyard at Saint-Malo.

Jacques Cartier, who was born Saint-Malo, set sail from that port in 1534, the year the Duchy of Brittany was formally united with France in the Edict of Union. Cartier reached Newfoundland, and then traveled to Chaleur Bay, and then to Gaspé Bay, where on July 24th, 1534, he planted a 10 meter cross bearing the words "Long Live the King of France". He called the land Canada, from the Iroquois word Kanata meaning my home.