/kəˈnɛtɪkət/ (help·info)) is a state located in the New England region of the northeastern United States. The state borders Rhode Island to the east, Massachusetts to the north, New York to the west, and because various islands of New York span Connecticut's entire coast, New York as well to the south. Southwestern Connecticut is part of the New York metropolitan area, and three of Connecticut's eight counties—including the majority of the state's population—are in the New York City combined statistical area, commonly referred to as the Tri-State Region. The center of population of the state is in Cheshire, New Haven County.

Connecticut is the 29th most populous state, with 3.4 million residents, and is ranked 48th in size by area, making it the 4th most densely populated state. Nicknamed the "Constitution State" or the "Nutmeg state", Connecticut has a long history dating from early colonial times and was influential in the development of the federal government. Connecticut was also the 5th U.S state to ratify to the United States constitution. Connecticut's first European settlers were Dutch and established a small, short-lived settlement in present-day Hartford at the confluence of the Park and Connecticut Rivers called Huys de Goede Hoop. Initially, half of Connecticut was a part of the Dutch colony New Netherland, which included much of the land between the Connecticut and Delaware Rivers. (more...)Template:/box-footer

File:Ct besek2.jpg
Besek Mountain also known as Black Mountain, est. 840 feet (260 m), is a traprock mountain ridge located 4.75 miles (7.6 km) southeast of Meriden, Connecticut. It is part of the narrow, linear Metacomet Ridge that extends from Long Island Sound near New Haven, Connecticut, north through the Connecticut River Valley of Massachusetts to the Vermont border. Besek Mountain is known for its 3-mile (4.8 km) long line of open cliffs, unique microclimate ecosystems, and rare plant communities. The mountain is traversed by the 51-mile (82 km) Mattabesett Trail, and is home to the Powder Ridge Ski Area. According to the Connecticut Forest and Park Association, the word "Besek" is a corruption of "Besett", a Native American word for "black." Besek Mountain, like much of the Metacomet Ridge, is composed of basalt, also called traprock, a volcanic rock.
edit 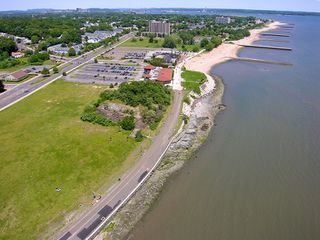 File:Josiah Willard Gibbs.jpg
Josiah Willard Gibbs (February 11, 1839 – April 28, 1903) was an American theoretical physicist, chemist, and mathematician. One of the greatest American scientists of all time, he devised much of the theoretical foundation for chemical thermodynamics as well as physical chemistry. As a mathematician, he invented vector analysis (independently of Oliver Heaviside). It is in good part thanks to Gibbs that much of physical and chemical theory has since been exposited using vector analysis. Yale University awarded Gibbs the first American Ph.D. in engineering in 1863, and he spent his entire career at Yale. His thesis was entitled: On the Form of the Teeth of Wheels in Spur Gearing. In 1901, Gibbs was awarded the highest possible honor granted by the international scientific community of his day, granted to only one scientist each year: the Copley Medal of the Royal Society of London, for his greatest contribution, that being "the first to apply the second law of thermodynamics to the exhaustive discussion of the relation between chemical, electrical, and thermal energy and capacity for external work."

Quotes of, or by people from, Connecticut

The Morgan G. Bulkeley Bridge over the Connecticut River at Hartford, Connecticut