Politics are the process and method of gaining or maintaining support for public or common action, the conduct of decision-making for groups. Although it is usually applied to governments, political behavior is also observed in corporate, academic, religious, and other institutions. Political science is the field devoted to studying political behavior and examining the acquisition and application of power, or the ability to impose one's will on another. Its practitioners are known as political scientists. Political scientists look at elections, public opinion, institutional activities (how legislatures act, the relative importance of various sources of political power), the ideologies behind various politicians and interest groups, how politicians achieve and wield their influence, and so on.

The Ordinances of 1311 were a series of regulations imposed upon King Edward II by the peerage and clergy of the Kingdom of England to restrict the power of the king. The twenty-one signatories of the Ordinances are referred to as the Lords Ordainers. English setbacks in the Scottish war, combined with perceived extortionate royal fiscal policies, set the background for the writing of the Ordinances in which the administrative prerogatives of the king were largely appropriated by a baronial council. The Ordinances reflect the Provisions of Oxford and the Provisions of Westminster from the late 1250s, but unlike the Provisions, the Ordinances featured a new concern with fiscal reform, specifically redirecting revenues from the king's household to the exchequer. Just as instrumental to their conception were other issues, particularly discontent with the king's favourite, Piers Gaveston, whom the barons subsequently banished from the realm. Edward II accepted the Ordinances only under coercion, and a long struggle for their repeal ensued that did not end until Thomas of Lancaster – the leader of the Ordainers – was executed in 1322. 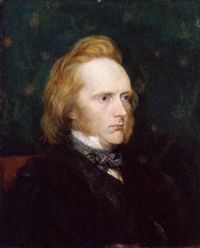 David William Donald Cameron (/ˈkæmərən/; born 9 October 1966) is the current Prime Minister of the United Kingdom, First Lord of the Treasury, Minister for the Civil Service and Leader of the Conservative Party. Cameron represents Witney as its Member of Parliament (MP). Cameron studied Philosophy, Politics and Economics at Oxford, gaining a first class honours degree. He then joined the Conservative Research Department and became Special Adviser to Norman Lamont, and then to Michael Howard. He was Director of Corporate Affairs at Carlton Communications for seven years. A first candidacy for Parliament at Stafford in 1997 ended in defeat, but Cameron was elected in 2001 as the Member of Parliament for the Oxfordshire constituency of Witney. He was promoted to the Opposition front bench two years later, and rose rapidly to become head of policy co-ordination during the 2005 general election campaign. With a public image of a young, moderate candidate who would appeal to young voters, he won the Conservative leadership election in 2005.

Wikinews on Politics and conflicts