The President of Venezuela (Spanish: Presidente de Venezuela), officially known as the President of the Bolivarian Republic of Venezuela (Spanish: Presidente de la República Bolivariana de Venezuela) is the head of state and head of government in Venezuela's presidential system. The president leads the National Executive of the Venezuelan government and is the commander-in-chief of the National Bolivarian Armed Forces. Presidential terms were set at six years in with the adoption of the 1999 constitution, and re-election has been unlimited since 2009.[1]

Nicolás Maduro of the United Socialist Party of Venezuela has been the President of Venezuela since 5 March 2013, having entered the office as interim president and then being elected during the 2013 presidential election, and again in 2018; however, the results of the 2018 election were disputed, largely because of irregularities in the way the election was called. In early 2019, the National Assembly of Venezuela declared the results of the election invalid,[citation needed] and citing several clauses of the 1999 Venezuelan Constitution, declared Juan Guaidó as the acting president resulting in a constitutional crisis.[citation needed]

As a self described republic with a presidential executive, Venezuela grants significant powers to the president. He or she effectively controls the executive branch, represents the country abroad, and appoints the cabinet and, with the approval of the National Assembly, the judges for the Supreme Tribunal of Justice. The president is also the commander-in-chief of the National Bolivarian Armed Forces (FANB).

The powers and obligations of the President of Venezuela are established, limited and numbered by articles 236 and 237 of the constitution:

The President's salary directly derives from the National Treasury, as stated in the Organic Law of Salaries, Pensions and Retirements of High Officials of the Public Power. During his or her tenure, the President may not be employed by anyone else, nor receive any other salary from the state. The President's salary is not to be superior to twelve monthly minimum wages,[2] that is to say, 67,469.76 VEF (as of February 2015).[3]

The Presidential Honor Guard Brigade of Venezuela is in charge of the President's protection, as well as the presidential family and their political peers. The Presidential Guard of Honor is made up of members from the four service branches of the National Bolivarian Armed Forces and other institutions of public security, and is headed by a general or flag officer.

Since 1900, the official workplace of the President is the Palace of Miraflores in Caracas. The presidential residence has been the palace of La Casona since 1964, instituted by president Raúl Leoni. La Casona was not used by previous President Maduro, who has decided not to inhabit it.[4] 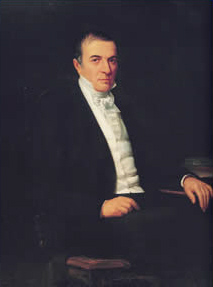 The presidential designation encompasses only those persons who were sworn into office as President of Venezuela following Venezuela's declaration of independence from Spanish colonial rule, which took effect on July 5, 1811. The first president, taking office on July 5, 1811, was actually the president of a triumvirate of the first established Republic of Venezuela that rotated the presidency weekly. The person serving as president during the week of July 5 was one of the three signatories of the Declaration of Independence: Cristóbal Mendoza. Mendoza shared the triumvirate with Juan Escalona and Baltasar Padrón. A second triumvirate followed on April 3, 1812 whose members were Francisco Espejo, Fernando Toro and Francisco Javier Ustariz.[5][6]

In 1830, José Antonio Páez declared Venezuela independent from Gran Colombia and became president, taking office on January 13, 1830. Although he was not the first president of Venezuela (having in mind Cristóbal Mendoza in 1811), he was the first head of state of independent Venezuela, after the dissolution of Gran Colombia. From that point on, five constitutions were adopted, all slightly changing the extent of the President's powers and responsibilities.

According to articles 227 and 229 of the Constitution of Venezuela, adopted in 1999, the following requirements must be met in order to become President of Venezuela:[7]

The current presidential term is for six years with the constitutionally guaranteed recourse of holding a popular recall referendum any time within the last three years of a presidential term. A 2009 referendum removed the previous restrictions which limited the President to 2 terms.[1]

From 1958 to 1999, the presidential term was set at five years. A sitting president was not only barred from immediate reelection, but could not run again for 10 years (equivalent to two full terms) after leaving office.

The president may be recalled after a specific time in office.

Presidents of Venezuela who served under the 1864 constitution (starting with Juan Crisóstomo Falcón) bore the title of "President of the Union", instead of the usual "President of the Republic" still used today. Aside from that, all heads of state of the country since 1811 have held the title of "President of Venezuela", with minor variations regarding the official name of the country (which has changed four times since the restoration of the independence in 1830).