From Infogalactic: the planetary knowledge core
Jump to: navigation, search
Not to be confused with Associated Press. 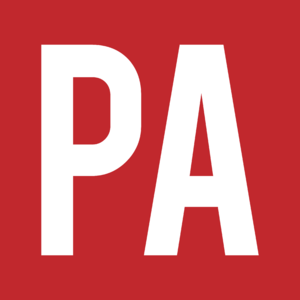 The Press Association (PA) is a multimedia news agency operating in the United Kingdom and Ireland.

The Agency delivers a continuous feed of content via a national newswire, including text, images, video and data into newsrooms around the country. This ranges from international sports data and entertainment guides, to TV listings and archived images.

For instance, PA Images has more than 12 million photographs available online and around 10 million in physical archives dating back 150 years.

Founded in 1868 by a group of provincial newspaper proprietors, the PA provides a London-based service of news-collecting and reporting from around the United Kingdom.

The news agency's founders sought to produce a more accurate and reliable alternative to the monopoly service of the telegraph companies. A committee appointed to make arrangements for the formation of the organisation said: "The Press Association is formed on the principle of co-operation and can never be worked for individual profit, or become exclusive in its character".

In January 1870 the agency moved from temporary offices into new headquarters at Wine Office Court, off Fleet Street. At 5am on Saturday 5 February 1870, its first press telegram was transmitted.

The first PA lobby correspondent in 1874 and the first sports editor in 1883. The agency's first Editor-in-Chief was Arthur Cranfield, appointed in 1926.

In 1995, PA moved from Fleet Street to Vauxhall Bridge Road, enabling the company to rapidly expand its output particularly in the sports and new media divisions.

In 2005, the company changed its name to PA Group to reflect its diverse and increasingly digital business activities.

In February 2015, PA announced the sale of its finance publications divisions, which included TelecomFinance and SatelliteFinance.[4]

PA’s service supplies news, sport, entertainment and images stories, delivered in multi-format for various print and digital platforms. The editor-in-chief of PA Editorial is Pete Clifton, who was appointed[5] in October 2014.

PA provides a stream of content on wires, delivers packages for use online, or designs and delivers ready-to-publish pages for use in print. This media content now includes video and interactive graphics.

• In sport, PA reports on the major events around the world including tennis, golf, rugby, horseracing and key football tournaments.

• Award winning[6] images from PA Images provide photographic content for the news, sport and entertainment genres from around the world. Images are multi-format and available for multiple platforms, e.g. tablet, smartphone.

In March 2015, PA launched a training bursary scheme[7] for Black and Asian Minority Ethnic (BAME) aspiring journalists to encourage a more ethnically and socially diverse newsroom. The scheme is in partnership with the Journalism Diversity Fund.

Around the Company's coverage of the UK General Election 2015, PA partnered with Google[8] to provide election data on all of the parliamentary candidates standing around the country; and joined forces with Facebook[9] to curate content from across the web for its UK Politics community page.

The business already owned the former Westminster Press-owned Editorial Centre and merged the two businesses to become Press Association Training, and has a proud history of training many of the UK's leading journalists.

In 2014, PA's journalism training centre in Newcastle was named by the NCTJ as the best in Britain.

In March 2015, PA training created an online learning course so that journalists can learn about and test their knowledge of the Editors' Code of Practice. Press Association Training developed the course[10] to meet the requirements of the Independent Press Standards Organisation (IPSO), which adopted the code previously overseen by the Press Complaints Commission.

TNR is the specialist communications consultancy of the Press Association. Offering creative PR services from a journalistic perspective, it provides the ability to commission PA videographers, photographers and trainers.

Globelynx was founded in 2001 and is part of PA Group. Globelynx connects, via its managed fibre optic network, a growing list of corporate clients to TV news broadcasters in the UK and worldwide. It provides TVready remotely monitored, broadcast-quality purpose built camera systems.

Sticky Content is a digital copywriting agency based in London, specialising in copy for brands. In October 2013, PA acquired an 80% shareholding in the company, and they moved into the Vauxhall Bridge Road offices in November 2013.