The Prime Minister of Iceland (Icelandic: Forsætisráðherra Íslands) is Iceland's head of government. The prime minister is appointed formally by the President and exercises executive authority along with the cabinet subject to parliamentary support.

Further information: Founding of the Republic of Iceland 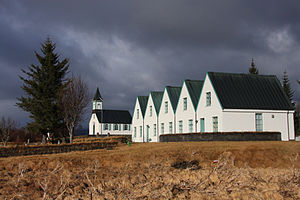