The family comes from Castle Liechtenstein in Lower Austria, which the family possessed from at least 1140 to the 13th century, and from 1807 onwards. Through the centuries, the dynasty acquired vast swathes of land, predominantly in Moravia, Lower Austria, Silesia and Styria, though in all cases, these territories were held in fief under other more senior feudal lords, particularly under various lines of the Habsburg family, to whom several Liechtenstein princes served as close advisors. Thus, and without any territory held directly under the Imperial throne, the Liechtenstein dynasty was unable to meet a primary requirement to qualify for a seat in the Imperial Diet (Reichstag).

A seat in the Imperial government would add power, and would be afforded by lands which would be immediate, or held without any feudal personage other than the Holy Roman Emperor himself having rights on the land. The head of the family was able to arrange the purchase from the Hohenems family of the minuscule Lordship of Schellenberg in 1699, and the County of Vaduz in 1712. Schellenberg and Vaduz indeed had no feudal lord other than their comital sovereign and the suzerain Emperor.

According to the Constitution of the Princely House of Liechtenstein of 26 October 1993, all members other than the reigning prince shall bear the titles Prince or Princess of Liechtenstein and Count or Countess of Rietberg.

In 2008, the US Senate's subcommittee on tax haven banks charged that the LGT bank which the family owns, and on whose board they serve "is a willing partner, and an aider and abettor to clients trying to evade taxes, dodge creditors or defy court orders."[2] 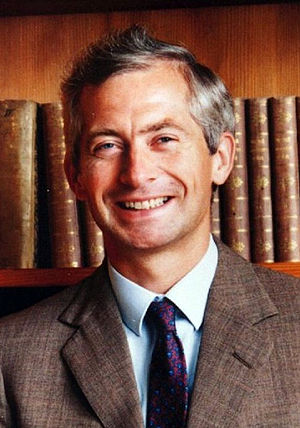 Hans-Adam II, Prince of Liechtenstein (born 1945), current head of the house and sovereign ruler of the principality

Below are all male and male-line dynastic descendants of Johann I Joseph, Prince of Liechtenstein. The numbers represent the positions in the line of succession.