Princes of the Holy Roman Empire 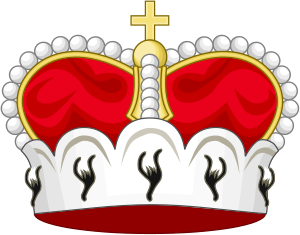 Heraldic crown of a prince of the Holy Roman Empire. 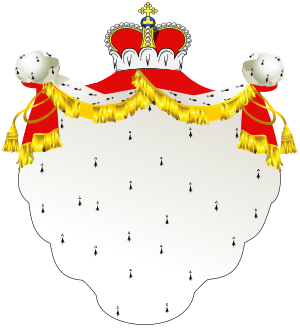 Heraldic ornaments of a prince of the Holy Roman Empire

The title Prince of the Holy Roman Empire (German: Reichsfürst, Latin: princeps imperii) was attributed to a hereditary ruler, noble or prelate recognised as such by the Holy Roman Emperors. Originally, possessors of the princely title bore it as immediate vassals of the Empire, secular or ecclesiastical, who held a fief that had no suzerain except the Emperor. However, by the time the Holy Roman Empire was abolished in 1806 there were a number of holders of Imperial princely titles who did not meet these criteria.

Thus, there were two principal types of princes; those who exercised Landhoheit (sovereignty within one's territory) as well as an individual or shared vote in the College of Princes; and those whose title was honorary, the possessor lacking an immediate Imperial fief and/or a vote in the Imperial Diet. The first came to be reckoned as "royalty" in the sense of being treated as sovereigns, entitled to inter-marry with reigning dynasties. The second tier consisted of high-ranking nobles whose princely title did not, however, imply equality with royalty. These distinctions evolved within the Empire, but were codified by the Congress of Vienna in 1815 when it created the German Confederation and recognised a specific, elevated status (Standesherren) for the mediatized princes of the defunct Empire.

The actual titles used by Imperial princes varied considerably for historical reasons, and included archdukes, dukes, margraves, landgraves, counts palatine, "princely counts" (Gefurstete Grafen), as well as princes. Moreover, most of the German fiefs in the Empire (except electorships) were heritable by all males of a family rather than by primogeniture, the princely title (or whatever title the family used) being likewise shared by all agnatic family members, male and female.

The estate of imperial princes or Reichsfürstenstand[1] was first established in a legal sense in the Late Middle Ages. A particular estate of "the Princes" was first mentioned in the decree issued by Emperor Frederick Barbarossa in 1180 at the Imperial Diet of Gelnhausen, in which he divested Duke Henry the Lion of Saxony and Bavaria. About fifty years later, Eike of Repgow codified it as an emanation of feudal law recorded in his Sachsenspiegel, where the lay princes formed the third level or Heerschild in the feudal military structure below ecclesiastical princes. Officially the princely states of the Holy Roman Empire had to meet three requirements:

Not all states met all three requirements, so one may distinguish between effective and honorary princes of the Holy Roman Empire.[2][3]

The Princes of the Empire ranked below the seven Prince-electors designated by the Golden Bull of 1356 (and later electors), but above the Reichsgrafen (Counts), Freiherren (barons) and Imperial prelates, who formed with them the Imperial Diet assemblies, but held only collective votes. About 1180 the secular Princes comprised the Herzöge (Dukes) who generally ruled larger territories within the Empire in the tradition of the former German stem duchies, but also the Counts of Anhalt and Namur, the Landgraves of Thuringia and the Margraves of Meissen.

From the 13th century onwards, further estates were formally raised to the princely status by the emperor. Among the most important of these were the Welf descendants of Henry the Lion in Brunswick-Lüneburg, elevated to Princes of the Empire and vested with the ducal title by Emperor Frederick II in 1235, and the Landgraves of Hesse in 1292. The resolutions of the Diet of Augsburg in 1582 explicitly stated that the status was inextricably linked with the possession of a particular Imperial territory. Later elevated noble families like the Fürstenberg, Liechtenstein or Thurn und Taxis dynasties subsequently began to refer to their territory as a "principality" and assumed the awarded rank of a Prince (Fürst) as a hereditary title. Most of the Counts who ruled territories were raised to Princely rank in the decades before the end of the Empire in 1806. 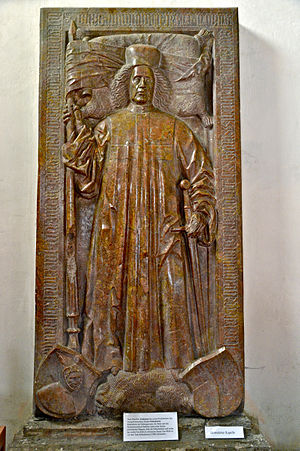 Ecclesiastical Princes were the Prince-Bishops (including the Prince-Archbishops of Besançon, Bremen, Magdeburg and Salzburg) as well as the actual Prince-abbots. They comprised a number of political entities which were secularized and mediatized after the 1648 Peace of Westphalia, resp. fell to France or the independent Swiss Confederacy.

The honorary status of prince of the Holy Roman Empire might be granted to certain individuals. These individuals included: