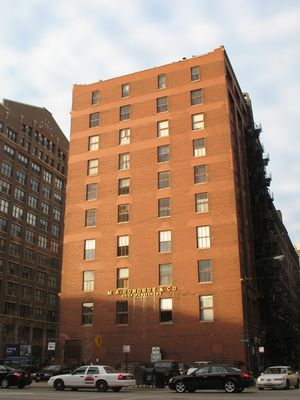 Printer's Row, also known as Printing House Row, is a neighborhood located south of the Chicago downtown area known as the Loop. The heart of Printer's Row is generally defined by Congress Parkway on the north, Polk Street on the south, Plymouth Court on the east, and the Chicago River on the west.[1] This neighborhood overlaps significantly with the officially designated landmark Printing House Row District. The neighborhood includes Dearborn Station, which is also on the National Register of Historic Places.