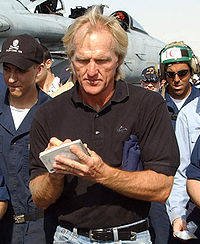 Professional golfers are divided into two main groups, with a limited amount of overlap between them:

Historically the distinction between amateur and professional golfers had much to do with social class. In 18th and 19th century Britain, golf was played by the rich for pleasure. The early professionals were working class men who made a living from the game in a variety of ways: caddying, greenkeeping, clubmaking, and playing challenge matches. When golf arrived in America at the end of the 19th century it was an elite sport there too. Early American golf clubs imported their professionals from Britain. It was not possible to make a living solely from playing tournament golf until some way into the 20th century (Walter Hagen is sometimes considered to have been the first man to have done so).

In the developed world, the class distinction is now almost entirely irrelevant. Golf is affordable at public courses to a large portion of the population, and most golf professionals are from middle-class backgrounds, often the same sort of backgrounds as the members of the clubs where they work or the people they teach the game, and educated to university level. Leading tournament golfers are very wealthy; upper class in the modern U.S. usage of the term. However, in some developing countries, there is still a class distinction. Often golf is restricted to a much smaller and more elite section of society than is the case in countries like the U.S. and the UK. Professional golfers from these countries are quite often from poor backgrounds and start their careers as caddies, for example, Ángel Cabrera of Argentina, and Zhang Lian-wei who is the first significant tournament professional from the People's Republic of China. In various countries, Professional Golfers' Associations (PGAs) serve either or both of these categories of professionals. There are separate LPGAs (Ladies Professional Golf Associations) for women.