Until 1995 Ethiopia was divided into provinces, further subdivided into awrajjas or districts. They were replaced by regions (kililoch) and two chartered cities with the adoption of the 1995 constitution.[1] 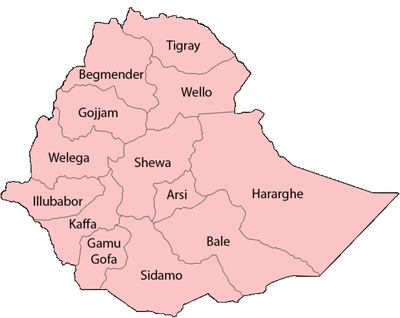 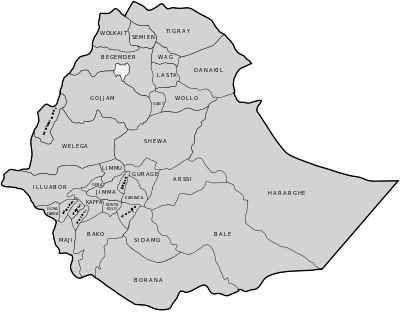 The provinces of Ethiopia in 1935.

Older provinces, which are frequently used to indicate location within Ethiopia, include: