A province is administered by an appointed governor (vali) from the ministry of interior.

Below is a list of the 81 provinces of Turkey, sorted according to their license plate code. After Zonguldak (67) the ordering is not alphabetical but in the order of the creation of provinces, as these provinces were created more recently and thus their plate numbers were assigned thereafter.

The numbers of the ISO code, the first two digits of the vehicle registration plates of Turkey and the first digits of the postal codes in Turkey are the same. NUTS codes are different. 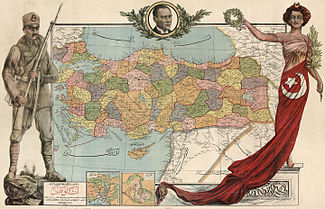 A 1927 map of the provinces of Turkey