Prior to the Treaty of the Pyrenees in 1659, most of the present department was part of the former Principality of Catalonia, within the Crown of Aragon, so the majority of it has historically been Catalan-speaking, and it is still referred to as Northern Catalonia.

The modern department was created early during the French Revolution on 9 February 1790 under the name of Roussillon, also the name of the pre-Revolutionary province of Roussillon to which it almost exactly corresponds, although the department also includes Fenouillèdes, a small piece of territory which had formerly been on the southern edge of Languedoc. The name therefore changed on February 26, 1790 to Pyrénées-Orientales.[1]

Invaded by Spain in April 1793, the area was recaptured thirteen months later during the War of the Roussillon.

During the nineteenth century, Pyrénées-Orientales proved one of the most consistently republican departments in France. The intellectual and republican politician François Arago, who, during the early months of the short-lived Second Republic in 1848, was briefly de facto Head of state, came from Estagel in the east of the department.

File:Pyrenees-orientales-property.JPG
Photo of Collioure - port in the department of Pyrenees-Orientales.

Pyrénées-Orientales has an area of 4,115 km². and a population of 422,000, of whom just over a quarter live in the capital, Perpignan. Other towns above 10,000 inhabitants include Canet-en-Roussillon, Saint-Estève, Saint-Cyprien and Argelès-sur-Mer. They are followed in decreasing order by Cabestany, Saint-Laurent-de-la-Salanque, Rivesaltes, Céret, Elne, Pia, Thuir, Bompas, Le Soler, Prades and Toulouges, each of 6-10,000 inhabitants.

Pyrénées-Orientales consists of three river valleys in the Pyrenees mountain range –from north to south, those of the Agly, Têt and Tech– and the eastern Plain of Roussillon into which they converge. Most of the population and agricultural production are concentrated in the plain, with only 30% of the area. There is one water reservoir at Lac de Matemale.

The upper Têt valley comprises the departments westernmost third, with just over a tenth of the total population. To the south-east, the Tech valley and the Côte Vermeille contain nearly 100,000 inhabitants. The Agly basin in the north-east has much in common with neighboring areas of Aude. Llívia is a town of Cerdanya, province of Girona, Catalonia, Spain, that forms a Spanish exclave surrounded by French territory. 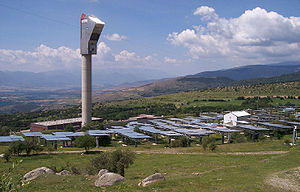 Pyrénées-Orientales is a wine-growing area and a tourist destination.

French is spoken by almost all the population. Minority languages in the region are Catalan and Occitan, which between them are estimated to be spoken by rather more than a quarter of the population and understood by more than 40%.

On 10 December 2007, the General Council of the Pyrénées-Orientales recognized Catalan as a regional language of the department, though French is still the only official language in France, according to the Constitution.[2]

The cuisine of Pyrénées-Orientales draws naturally from the historical Catalan presence in the area, so dishes like paella, cargols à la llauna and calcots are prevalent in the restaurants, especially at important dates such as the various saints' feast days and cultural festivals.

The area is famous for its wine with the predominantly red grape varieties grown all over the department, regional specialities such as muscat de Rivesaltes and Banyuls are sold everywhere in the department.

The geography of the area leads to a distinct divide in the cuisine of P-O. The mountainous area to the south has dishes using ingredients that grow naturally there, products such as olives and goat's cheese.

Fish are also very popular in the region with Collioure being famous for its anchovies, although fishing has declined due to the overall reduction of the fish stock in the Mediterranean sea.

Places of interest include: