From Infogalactic: the planetary knowledge core
Jump to: navigation, search
For the river, see Muni River. 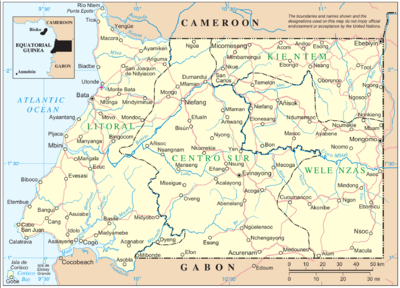 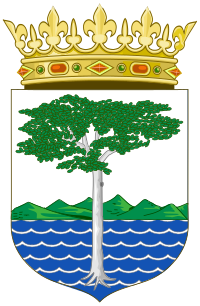 coat of arms of the Spanish Rio Muni colony

Río Muni (called Mbini in Fang) is the Continental Region of Equatorial Guinea, and comprises the mainland geographical region, covering 26,017 km². The name is derived from the Muni River.

Río Muni was ceded by Portugal to Spain in 1778 in the Treaty of El Pardo. The Spanish had hoped to collect slaves to work in their other overseas possessions, but their settlers died of yellow fever and the area was deserted. Cocoa and timber became major industries upon recolonization. Río Muni became a province of Spanish Guinea along with Bioko in 1959. The main languages spoken in Rio Muni are Fang-Ntumu, which is spoken in the north and Fang-Okah, which is spoken in the south. Spanish is also spoken, although as a second language.