Raddusa is a comune (municipality) in the Province of Catania in the Italian region Sicily, located about 130 kilometres (81 mi) southeast of Palermo and about 45 kilometres (28 mi) west of Catania near the lake Ogliastro. As of 31 December 2004, it had a population of 3,433 and an area of 23.3 square kilometres (9.0 sq mi).[1] The main business of the town is based on agriculture, mainly of cereals, therefore, it is named "The City of Grain" and every year in September for 3 days the citizen meets themselves in the town center to celebrate their traditional Festa del Grano or Grain's Feast to remember the antic traditions of the places with a lot of activities, myth and fate. Raddusa has been a rich town for many decades for his growing business with the nearby territories and the municipalisation of the town that gives a big political power. In Sicily is a tradition to get power from public institution and become a corrupted person, think about own interests using the government tools to make own profit. This sad story has passed via Raddusa, also. The majors of the town, Moschetti, Cigna, Allegra and the current one Cosimo Marotta have slaved the town to a dark era, plundered the monetary resources and reduced the economy to a drastic end. The town, well known as the city of grain, has seen most of the citizens leave for a better fortune in nearby towns or abroad, there are not recreations services, not public sportiness areas, there is a soccer stadium without test authorisation, some tennis courts never opened, just a few public transportation and a huge fruit a vegetable market built for the profit of local politics. As we go around to town we can notice the luck of rubbish bins in the main streets, main squares or in the park. The asphalt of the roads is ruined with so many holes and bumps, the new road built recently that connects the only Raddusa's church to Aidone's junction has been closed due to the collapse of the whole route. Fortunately for the citizens there is another alternative poor conditioned road via Contrada Manca to reach the south area of the town, same citizens that have voted these majors, same citizens that are unable to report or change the history of the village, seeing the sons go far away to leave a better life and lose forever them. Most of people still reside in Raddusa but have domicile somewhere else, that brings down the demographic situation below to 1500 citizens leading to a lose of the municipal and institution's power for the benefit of the neighbouring towns politics, till an end of the town. 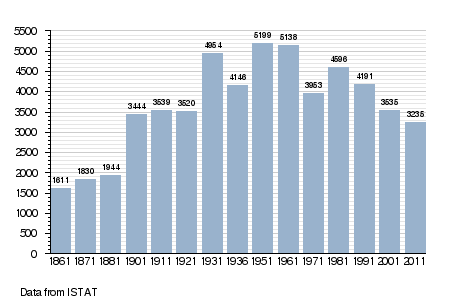