Ralph David Firman Jr. (born 20 May 1975 in Norwich, Norfolk, England) is an English-born racing driver who races under Irish citizenship (his mother Angela is from Ireland) and an Irish-issued racing licence. Earlier in his career he raced under a British licence. His father, Ralph Firman, Sr., co-founded the Van Diemen[1] racecar constructor with Ross Ambrose, father of NASCAR racer Marcos, then more recently founded RFR. He is married to Aldís Kristín Árnadóttir, an Icelandic UK-educated lawyer. Ralph's sister, Natasha, is also a racing driver.

Educated at Gresham's School between 1988 and 1993, Firman went straight into motor racing on leaving school. Despite leading much of the 1995 British F3 championship, he lost the title at the final round to Oliver Gavin. However, he continued in the championship in 1996 and captured the title at his second attempt.

Firman won the prestigious Macau Grand Prix in 1996 under controversial circumstances. At the end of round 1, Firman finished ahead of German Formula 3 champion Jarno Trulli. In round 2, he was overtaken by Trulli on the last lap. Firman was running with a broken front wing. Just as Jarno Trulli was on the way to victory, Firman crashed at the hairpin corner, blocked the track and caused a red flag. The race officials counted the results to the previous lap when Firman was ahead of Trulli, thus giving him the win.

Firman then moved to Japan, culminating in the 2002 Formula Nippon championship, before returning to Europe.

Firman driving for Jordan at the 2003 French GP. 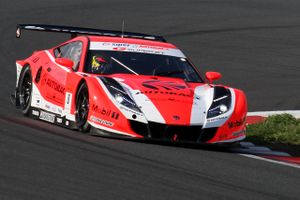 Firman has also competed in the 24 Hours of Le Mans, and was an official test driver for the A1 Grand Prix series in August 2004.

In August 2005, it was announced that he would be the driver for A1 Team Ireland. He had previously been seen to be in competition for the Great Britain seat.

In 2007, Firman, along with Daisuke Ito, won the Japan Super GT GT500 class championship with the Aguri Suzuki co-owned ARTA team. Firman and Ito won the championship before the final race of the season, a first in the series' competitive history.